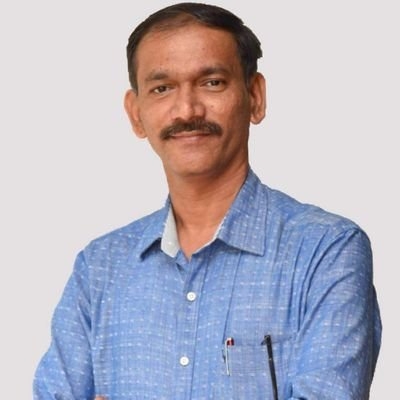 Panaji, Sep 16 : Prime Minister Narendra Modi should apologise for the mismanagement of the Covid crisis in the state, which has led to more than 3,300 deaths since last year, Goa Congress President Girish Chodankar said on Thursday.

Chodankar’s demand comes two days before Modi is scheduled to hold a virtual interaction with the health workers, politicians, administrative officials, as well as members of the general public on the occasion of Goa completing 100 per cent vaccination of the first Covid dose.

“Every family in Goa is in sorrow because someone they know has died due to Covid. He should apologise to the people of Goa and take responsibiluty for the deaths, because the governent has failed to manage the crisis,” Chodankar said during a press conference at the Congress headquarters in Panaji.

Chodankar said that more than 100 persons died in a matter of days at the state’s top health facility, the Goa Medical College, in May this year due to oxygen shortage.

The Congress leader also said that the Prime Minister should announce the cancellation of all road, rail and power projects along the Goa-Karnataka border, as they would reduce Goa into a coal hub for transportation of the mineral brought into the state through the Mormugao Port Trust to the steel mills in Karnataka.

“We urge the Prime Minister that when he interacts with the people of Goa, he should announce that Goa will not be a coal hub and it will be rid of coal dust,” Chodankar said, adding that the projects are not beneficial to Goa or the state’s local residents in any way.

“Goa is being turned into a coal hub for Modi’s friends in Delhi and Gujarat. Goans have no takeaway or benefit from these projects. Coal is already getting seeped into the health of Goans, making them sicker,” Chodankar said.

The Congress in Goa has already promised to scrap the three rail, road and power projects if the party comes to power after the 2022 Assembly polls.

The Western Ghats have been recognised by the UNESCO as a global biodiversity hotspot.

The opposition as well as civil society groups and tourism stakeholder bodies have expressed apprehension that the road and rail projects are being pushed at an “express pace” to facilitate movement of coal imported through the Mormugao Port Trust facility in Goa to the steel mills in Karnataka’s Bellary district and its nearby areas.(IANS)

The post PM should apologise to Goa for Covid mismanagement: Goa Congress appeared first on The Shillong Times.