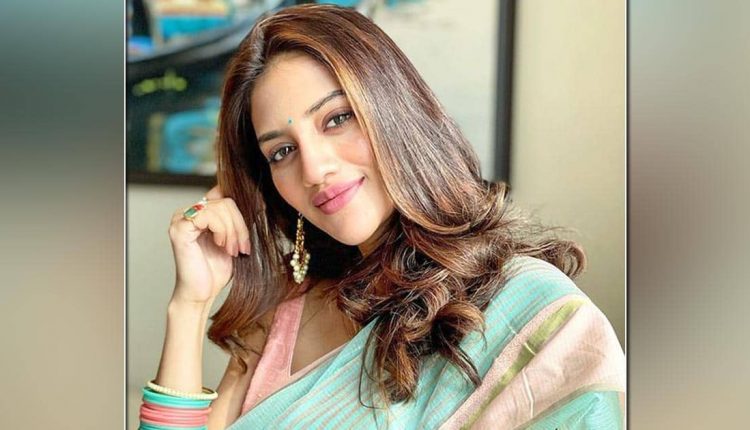 The speculation over the father of Bengali actress and Trinamool Congress MP Nusrat Jahan’s newborn son Yishaan J. Dasgupta has been put to rest by the infant’s birth certificate on the website of the Kolkata Municipal Corporation. Yishaan was born on August 26.

In the online birth certificate uploaded on Wednesday night, the father’s name is mentioned as Debashis Dasgupta. Though there was no mention of Yash in the birth certificate, Debashis, who contested and lost on the BJP ticket in the recent West Bengal Assembly elections from Chanditala in the Hooghly district, is the official name of Yash Dasgupta.

Nusrat Jahan has been dating Bengali actor Yash Dasgupta after her much-publicised estrangement with her husband Nikhil Jain. Speaking to the media recently, she referred to the talk about the father of her newborn child, and said: “I think that’s a vague question to ask and put a black spot on somebody’s character as a woman. The father knows who the father is and we are having a great parenthood moment together. Myself and Yash, we are having a good time.”

Did You Know? Salman Khan Once Literally Went On His Knees To Propose Katrina Kaif; Here’s What Happened!

Yash Dasgupta (35) has been accompanying Nusrat Jahan for her hospital visits. Last week, Nusrat and Yash visited the Kolkata Municipal Corporation. It was believed that the two had come to get the second dose of the Covid-19 vaccine, but it may have been regarding the birth certificate, sources said.

Some time back, Nusrat had shared a picture of the newborn on Instagram and she credited it to ‘Daddy.’ She wrote, “Don’t take criticism from people u won’t take advice from #newrole #newmommylife #newlook pic courtesy: Daddy.”

Nusrat, who is a TMC MP from Basirhat in North 24 Parganas, had mentioned in Parliament that she was married to Nikhil Jain, but recently she claimed that it was only a live-in relationship. They have been separated for a long time.

Countering Nusrat, Jain released a statement that although he had insisted several times on getting married, the MP had refused to go for the registration. “Since August 2020, during the shooting of a film, my wife’s behaviour started changing towards me for reasons best known to her. During our stay together I requested her on a number of occasions to get the marriage registered, but she avoided my requests,” he said in his statement. The matter is pending before Calcutta High Court.

The post Nusrat Jahan’s Son’s Birth certificate Has Been Uploaded Online & Here’s Who The Father Is appeared first on Koimoi.