Judge dismisses sexual assault case against Marilyn Manson, but ‘Antichrist Superstar’ not yet off the hook 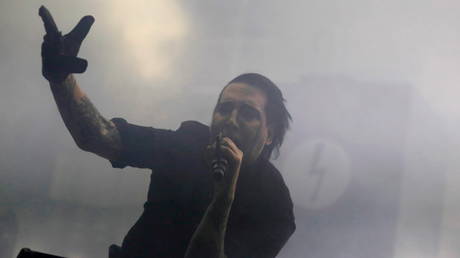 A judge has dismissed a woman’s lawsuit accusing Marilyn Manson of raping her and threatening to kill her. However, the shock rocker is facing three other suits accusing him of sexual assault and battery.

The lawsuit was brought against Manson this May by an unnamed woman, who accused the singer-songwriter of raping and threatening to kill her in 2011, shortly after they began dating. It was dismissed on Tuesday, with a judge ruling that the statute of limitations on the woman’s accusations had expired, US celebrity and entertainment outlet TMZ reported.

The woman claimed she hadn’t accused Manson (real name Brian Warner) earlier owing to having repressed memories of the alleged abuse. However, the judge dismissed the suit when she couldn’t explain what had caused this repression, and why she hadn’t remembered the incident during the previous 10 years. She now has 20 days to refile her case.

Manson’s music and videos have always portrayed a dark and provocative sexuality, but a number of recent cases have had his fans wondering whether it’s a case of art imitating life.

After testifying before Congress in support of the Sexual Assault Survivors’ Rights Act in 2018, and in front of the California Senate in support of extending the statute of limitations a year later, actress Evan Rachel Wood named Manson as her abuser earlier this year. She claimed she had been “groomed” by the rock star as a teenager, and was “horrifically abused” by him during the time they dated.

Manson has denied any wrongdoing, and insisted his relationships with these women – who all accuse the singer of threatening and inflicting sadistic punishments on them – were “consensual.”

While those cases are still to be heard, the allegations themselves have done a number on Manson’s career and reputation. The 52-year-old rocker was dropped by his record label when Wood went public with her accusations in February, has been denounced by his fellow celebrities and former partners, and even had California lawmakers threaten to involve the FBI.

Roadmap for massive IT push in Telangana revealed