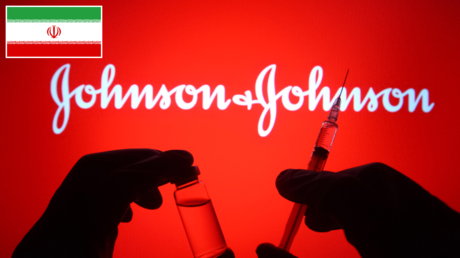 Johnson & Johnson’s Covid jab has been added to Iran’s arsenal for emergency use, the country’s medicines regulator has announced, despite its import bans on vaccines made by the UK and the US earlier this year.

On Thursday, the chief of Iran’s Food and Drug Administration, Mohammad Reza Shanehsaz, was quoted by state media as saying that “the Johnson & Johnson single-dose corona vaccine has been approved.”

Shanehsaz added that “fortunately, the basket of the coronavirus vaccines registered in Iran has become very diverse and large,” as the country rushes to secure more doses to ramp up its inoculation campaign.

Another single-shot vaccine, Russia’s Sputnik Light, was also given the greenlight by Tehran on Thursday.

Iran is currently experiencing its ‘fifth wave’ of the Covid pandemic, fueled by the more contagious Delta variant. The number of new infections, however, has somewhat dropped since last month, when the country saw heavy caseloads and several days of record-breaking fatalities.

The approval of J&J’s Covid vaccine is a U-turn on Iran’s policy earlier this year, when Supreme Leader Ayatollah Ali Khamenei banned the import of jabs made by the UK and US due to a lack of trust, as the two Western nations boasted some of the world’s highest mortality rates. However, the Islamic republic has already rolled out AstraZeneca for use, and called for more foreign vaccine imports on August 11.

Tehran has also previously hit out at Washington, saying its heavy sanctions block Iran’s access to vaccines and other key supplies, and dubbing such measures “medical terrorism.”

Iran, the Middle Eastern nation hardest hit by Covid-19, has administered over 27 million first doses of a vaccine, while almost 13.3 million people out of Iran’s 83-million strong population are fully vaccinated.

Meezaan Jafri On Fitness As A Way Of Life

Two IS militants from Norway killed in Syria

Delhi Results: All eyes at Gole Market where…