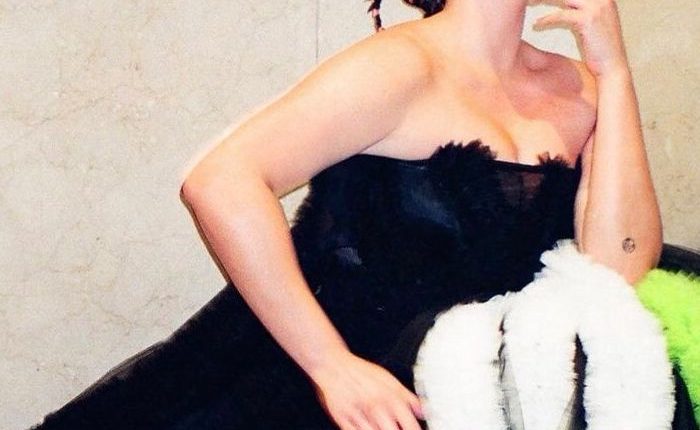 As a model, designer, and size-inclusive fashion advocate, Lauren Chan has a lot on her plate—especially during New York Fashion Week. (Oh, and did we mention she’s also a former fashion editor? Yeah, she knows her stuff.) And after a few seasons of virtual shows and small presentations, fashion shows came back with a bang this season. If you follow Who What Wear on Instagram, you may have seen how busy our editors were, but for someone like Lauren, the week is a totally different level of hectic fun. In between walking the runway for Christian Siriano and Peter Do, Lauren also attended several other events—and repped her own luxury fashion line, Henning. Best of all, she managed to capture it all in a photo diary for Who What Wear, from the backstage shenanigans with her supermodel friends to all the behind-the-scenes details that make fashion week, well, fashion week. Without further ado, keep scrolling for Lauren’s inside look at New York Fashion Week Spring/Summer ’22, along with a few picks that got her through the week.

For Spring/Summer 2022, New York Fashion Week came back with a bang—and that applies to my looks in the first show I walked! Here’s a snap of my ballgown from Christian Siriano’s show, taken backstage just after we walked the finale.

My other look at Siriano was head-to-toe lace, made up of pants and a one-shoulder top. During our fitting we worse nude undergarments, but decided to switch them to black for a stronger look on show day.

The hair at Siriano was done by Jawara, who is famous for working with Beyonce, and makeup by Charlotte Tilbury’s team.

And when you’re running around as much as Lauren, a setting spray to keep makeup in place is key.

During hair and make-up, my friend Molly Constable whipped out her film camera only to be caught with mine! You can see Molly in a bunch of shows this fashion week, including Siriano, Prabal Gurung, Markarian, and Maisie Wilen.

Precious Lee opened and closed the Siriano show. Before that, I caught this snap of her through a crowd of fans and make-up artists while she was getting her make-up done. Later, she’d attend her first Met Gala, what a week!

I snapped my pal, supermodel Candice Huffine, while we were waiting for the show to start. Here, she’s still wearing her own clothes, but she had three fabulous looks—my favorite was a white sequin gown—for the show.

Before I walked in my next show, I stopped by fellow Canadian Tanya Taylor’s presentation in Dumbo.

Here’s a shot of the scene, clothes and art included.

Taylor kindly offered to dress me for her presentation, so I opted for a plaid top and plaid pants from her collection and paired it with my brand Henning’s best-selling Bank Blazer. Oh, and can’t forget the accessories: the bag is from Loewe and the heels are Manolo Blahniks.

Lauren represented her own line, Henning, in this timeless double-breasted blazer.

The next show I walked was Peter Do, who had his first-ever New York Fashion Week presence. Ahead of show day, I went to a casting at his new studio, followed by a fitting wherein the team picked my specific look from this rack and had it tailored to me.

To be honest, you never know what look you’re going to get until you see the show card, i.e. this thing. When I saw that I got this neon look, I was elated because it was secretly my favorite of the three looks I tried on. The others: an all-black knit look and a white, gauzy trench coat.

Here’s my Do look: a bright green neon button-down and a black knit skirt with a slit up the back. The team finished it off with black slingbacks with a clear lucite heel. The shoes are new to Do’s collection, along with handbags.

On Do’s show day, I couldn’t have been more excited to see all of these looks come to life. I would consider my style pretty much aligned with the designer’s—i.e. blazers, flowing pants, sharp leather accessories—so it was fun to shop the collection in my mind, ha!

After walking Siriano and Do, I attended a few more events like the Jonathan Simkhai show, Rebecca Minkoff presentation, and Daily Front Row awards. Here’s a quick peek at the kind of look I wore to those “off-duty” events. And now…back to my sweatpants!

Up next: How Kacey Musgraves’s and Dan Levy’s Stylist Made Them the Stars of the Met Gala

Why Has Premji Invest Divested From Moderna?