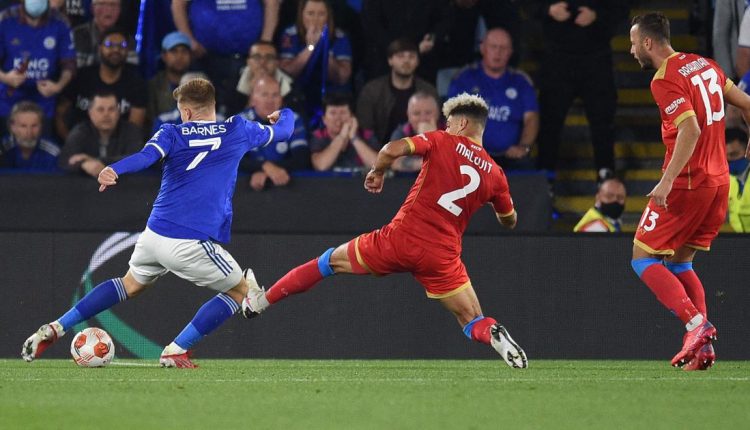 Victor Osimhen scored twice as Napoli came from 2-0 down to salvage a 2-2 draw at Leicester, while Lyon cruised to a 2-0 win at Rangers on the opening night of the Europa League group stages.

Earlier, Celtic threw away a two-goal lead to lose 4-3 to Real Betis and West Ham were convincing 2-0 winners away to Dinamo Zagreb.

Leicester just missed out on Champions League football for a second consecutive season as they finished fifth in the Premier League last term. But the Foxes are keen to go further than their run to the last 32 of the Europa League last season and got off to a great start against the Italian giants.

Ayoze Perez fired home at the back post from Harvey Barnes’ cross after just nine minutes. Patson Daka then saw his first Leicester goal ruled out by a VAR review for a marginal offside call, but Barnes quickly put that disappointment behind Brendan Rodgers’ men with an excellent finish to double Leicester’s lead.

Napoli boss Luciano Spalletti held nothing in reserve with his strongest side and the visitors responded in the final quarter thanks to Osimhen.

The Nigerian, who cost €70 million ($83 million) from Lille last year, brilliantly flicked the ball over the imposing…

Resumption of sports training to be allowed in phased manner…

Friends angry with Gomez for reunitng with Bieber