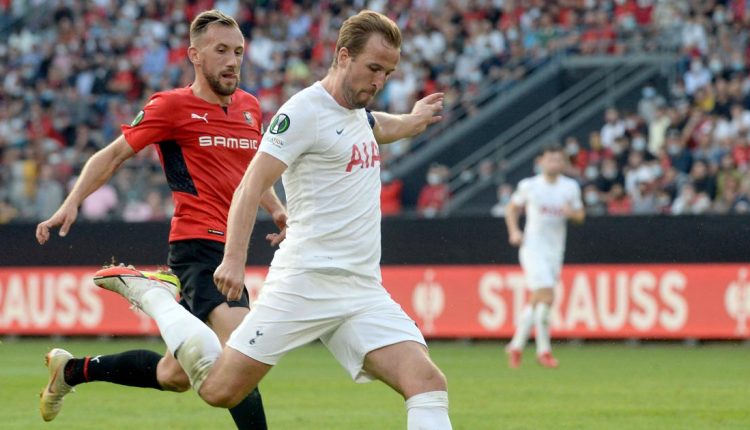 Substitute Pierre-Emile Hojbjerg’s equaliser allowed Tottenham Hotspur to come away with a 2-2 draw from their trip to France to play Rennes in the new Europa Conference League on Thursday.

Loic Bade’s own goal had given Spurs the lead in Brittany but Flavien Tait equalised and Gaetan Laborde put Rennes ahead in the 72nd minute.

That lead was swiftly cancelled out by Hojbjerg and in the circumstances it is a good result for Nuno Espirito Santo’s Tottenham after their 3-0 drubbing at Crystal Palace last weekend.

“It was not perfect, but we showed a lot of character and belief to change the result after we conceded,” Nuno said of his second-string line-up.

“They are a hard team to play and it is not easy to analyse the game -– we had a lot of players out of position.”

The result pleased the Rennes support who, frustrated at recent performances, had unfurled a giant banner before kick-off with the message in English: “Are you ready to fight?”

While finishing in the Premier League top four and returning to the Champions League has to take priority for Spurs, they would be wise not to neglect a competition which offers a realistic route to silverware for a club that has won nothing since the League…

SpaceX to send 2 tourists around moon in 2018

Breakthrough! A transgender can now be Miss Universe