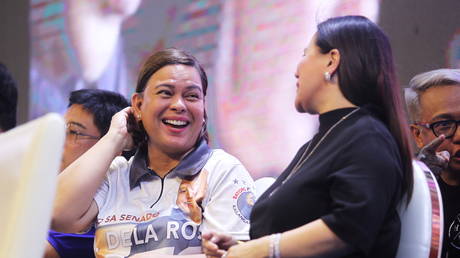 The daughter of Rodrigo Duterte, who also tops all opinion polls on preferred candidates to replace him as president, has said she will seek to be reelected as mayor of Davao City, with her younger brother to run as vice-mayor.

“According to Mayor Sara, she will run for reelection as Davao City Mayor,” Sara Duterte-Carpio’s spokesperson, Christina Frasco, said in a text message sent to local media on Thursday.

Duterte-Carpio has been widely tipped as the next leader of her country, topping all public opinion polls, with her father’s presidency ending in 2022. Last week the mayor, who is also the first lady in the Philippines due to her father’s annulled marriage, said she would not run for president.

Despite claiming zero interest in the presidency, the 43-year-old, who replaced her father as mayor of Davao City, has also provided some quotes to the contrary, suggesting that multiple leading political figures have offered themselves as her running mate.

Frasco said that Vice-Mayor Sebastian Duterte would also be running for reelection in Davao City.

Last week, Duterte, 76, accepted a nomination to run as vice-president at the 2022 election from his party, as Philippines law limits that office to one-six-year-term. He had previously dismissed calls to remain in politics.

Thursday’s announcement comes one day after the International Criminal Court (ICC) backed a probe into the deadly ‘war on drugs’ which commenced when Duterte took office at the Malacañan Palace in 2016.

On Thursday, Duterte dismissed the ICC’s probe, once again stating that the international body has no jurisdiction in the Philippines after the country formally left the agreement in 2019.