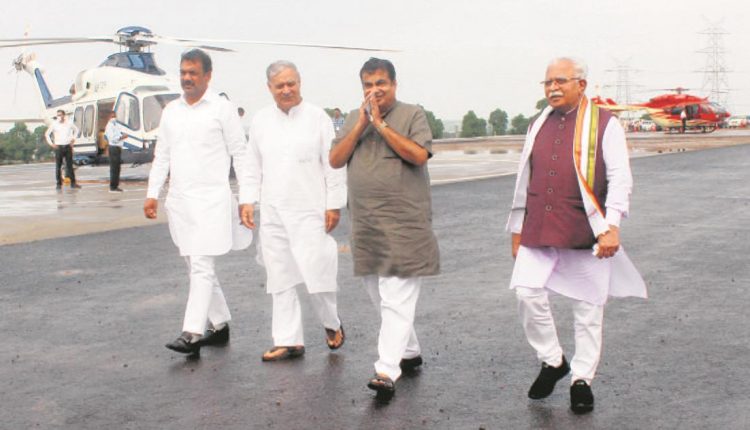 The Haryana Govt has discontinued the Toll Relief Policy introduced in 2014. The decision will affect thousands of daily commuters in the state.

“This expressway will forever change the way we look at Indian roads. It will not just bring down the travel time between Delhi and Mumbai to 12 hours, but would also unleash new job and development opportunities for backward areas falling along it,” said Gadkari.

He was in city today along with CM Manohar Lal Khattar for a spot inspection of the project. The eight-lane expressway will pass through Delhi, Haryana, Rajasthan, Madhya Pradesh and Gujarat and will be completed by 2023.

About 160 km length of the expressway falls in Haryana on which Rs 10,400 crore is being spent. The expressway will pass through Gurugram, Palwal and Nuh districts. During a media interaction, Gadkari urged Khattar to acquire land along the expressway and build a smart city. Khattar said, “Haryana has thrived under his (Gadkari’s) support.”