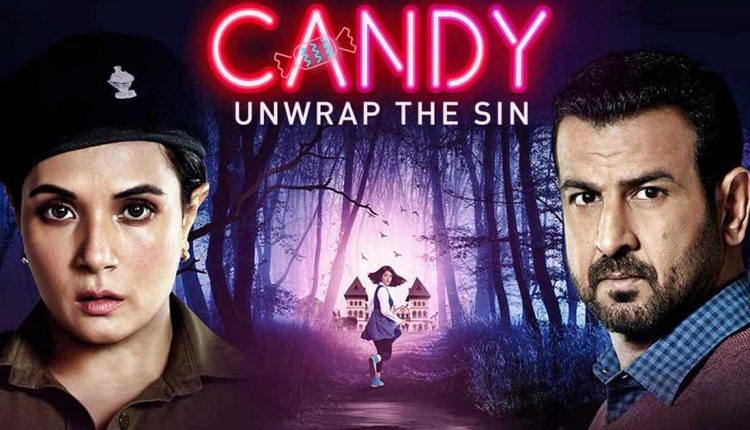 Mumbai Diaries 26/11 Review: Mohit Raina & Konkona Sen Sharma Lead Us Through A Traumatising Fictional Account Of A War Fought Away From The War
The Empire Review: A Visually Scintillating Tale With Moving Performances That Breathes Under Sanjay Leela Bhansali’s Shadow

Candy Review: What’s It About:

In the fictional town of Rudrakhand (somewhere in the North of India), an elite school has numerous dark secrets hidden beneath its disciplined disguise. When a student is murdered and hanged in the woods, Officer Ratna Shankhawar (Richa) and Prof Jayant Parekh (Ronit) are up to investigate the matter. Even they have darker shades to them. Amid all this is a drug-induced candy being sold to the kids. How all these loose ends get connected to one criminal is the central plot.

The biggest curse that any suspense thriller could suffer is its audience predicting the end in the first quarter itself. Looking at the track record, the curse is evident in 7 out of 10 thrillers made in India right now. Even the audience has become clever and aware is something one must consider while writing a thriller.

You either be a Sriram Raghavan and write one of the most satisfyingly convoluted mess (Andhadhun) of a movie or be the makers of Candy who deal as per the formula but also keep the mystery intact. Based on a story by Agrim Joshi and Debojit Das Purkavastha, who are also credited for screenplay, Candy is a very layered take on the state of a town that is scenic, but the secrets are deeper than the valleys we cross.

There is a school that has bullies walking around free, a Pablo Escobarish drug peddler/son of the most influential man (Nakul) in town, who is creating the drug-induced candy and selling it to school kids. The influential man or Bhaiyaji (Manu) has his own set of confidential past crimes. A police officer who dwindles between black and white but never lets her life become grey. All these and much more.

Though not so subtle and mouthing OTT dialogues, the characters created are meaty and we can hook our intrigue too. It becomes one of those perfect equations where the plus balances the minus. Ashish R Shukla, who is known for making content on similar lines, finds his place somewhere between a masala entertainer and a digital space web show. There is a bit of both. Now, this could create contradictory opinions as not every pallet prefers a mix.

What intrigues the most in Candy is the climax. By the seventh episode we have been guessing who the ‘Masaand’ actually is, and it is finally time that we get to know the story. Now my mind had guessed the end too. But the way it was executed and twisted made it exciting and thus I forgave the predictability in that part.

Richa Chadha becomes DSP Ratna Shankhawar, a lady perfectly balancing her profession, her affair and family. There is a lot more to her than you see on the surface. She knows how to silence men, her sarcasm and the robust attitude make the first few episodes a fun watch. Hope she has a bit more of that swagger going ahead.

Ronit Roy is Jayant Parekh, a Professor who is dealing with a tragic past. Struggling with a grieving wife and battling his anxiety, he takes up the job to bust the mystery. The actor brings his A-game as a father and becomes instantly likeable.

Rest all Manu Rishi Chadha, Gopal Datt, Nakul Roshan Sahdev (Except his hamming and over blinking) do commendable jobs.

The predictability of course. At least 40 percent of the twists are ones you see coming from far. It bothers the overall impact. For a viewer who saw the show at a stretch, it becomes evident that in the carefulness of hiding the climax twist, the makers end up diluting the middle portions. Which means you must wait for the final game to begin.

More subtlety and less of Ramsay inspired dialogues could also do wonders.

Candy deserves your attention. It is a show where the suspense is actually surprising and not just for the sake of it. Go in and enjoy the thrills.

Must Read: Potluck Review: An Impressive Slice Of Life Drama That Focuses On The Dynamics Of Nuclear Families