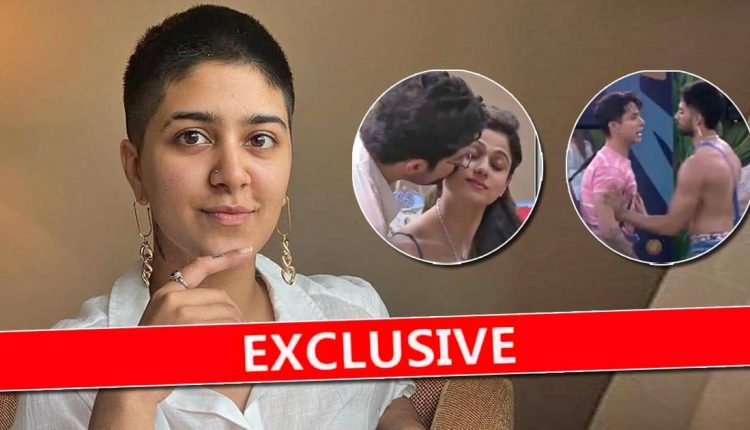 Bigg Boss OTT is all set to have its grand finale this Saturday and fans are excited to know who among the remaining five will take home the coveted trophy. With that being said, the recent Weekend Ka Vaar episode saw contestant Muskan Jattana, aka Moose, being evicted from the controversial reality show.

During an exclusive chat with Koimoi, Muskan got candid about many things that happened in the house. From Zeeshan Khan’s shocking mid-week ejection because of getting into a physical with Pratik Sehajpal to Shamita Shetty & Raqesh Bapat’s Relationship, read on to know all Moose had to say.

Talking to us about her views on Zeeshan Khan’s mid-week eviction from the Bigg Boss OTT house and whether she thinks the others involved in the fight should also be punished, Muskan Jattana said, “Nahi, I think jisne maara usko hi milna chahiye tha. You have to set an example – it is what it is. And aise ek rule hai (not to get physical), break hua hai – then you send him out, simple. It’s not like use pata nahi tha. So it’s fine. Agar aapne kuch kiya hai aur uska woh consequence hai then you have to deal with it.”

On being probed further on whether the other Bigg Boss OTT contestants involved in the fight should have also been reprimanded for being aggressive, Muskan Jattana said, “No. Woh toh Shamita bhi thi mere saath. Usne bhi dhake mare the, so I don’t think it’s the same thing. I think Pratik ki intension kissi ko hurt karna nahi thi, nahi Shamita ki intention thi muje hurt karna. That’s why they don’t get punished for it. With Zeeshan Khan, uski intention thi, dhik rahi thi ki he has lost control and now he was trying to hurt people. That’s why (he got pubnished).”

We further asked Muskan Jattana what she thought of the changing equations between Shamita Shetty and Raqesh Bapat. The evicted Bigg Boss OTT contestant, being her candid self, immediately replied, “I have no take on it actually. I have nothing to do with them. Mera isse kuch lena dena nahi tha – nahi task main nahi ghar main, muje kuch farq nahi pata yeh log kya kare, andar kare, bahar kare – it’s boring to me.”

Check out the video here:

Stay tuned to Koimoi for more such exclusive stories and interviews.

Must Read: Taarak Mehta Ka Ooltah Chashmah Gets Its ‘Dayaben’ In This Ghum Hai Kisikey Pyaar Meiin Actress & It’s Not What You Think!