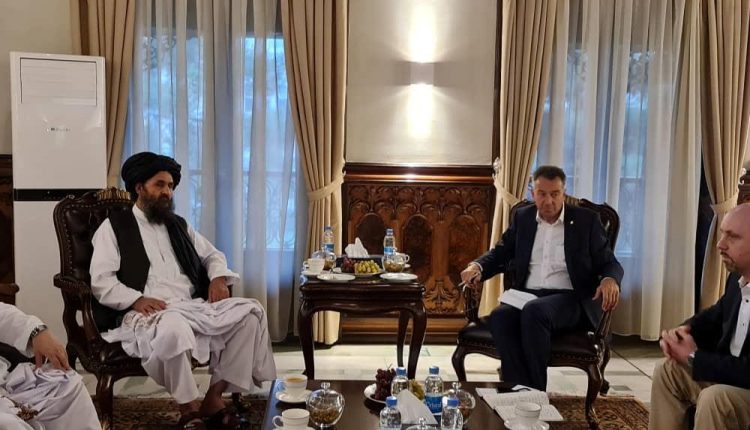 Under intense pressure and questions over his whereabouts, the Taliban’s Deputy Prime Minister of Afghanistan Mullah Abdul Ghani Baradar has now released a video message.

“There had been news in the media about my health and death. Over the past few nights, I have been away on trips. Wherever I am at the moment, we are all fine, all my brothers and friends,” Baradar said in the clip, ARY News reported.

“The media always publish fake propaganda. Therefore, bravely reject all those lies, and I’m 100 per cent confirm to you there is no issue in the ranks of the Taliban and we have no problem.” On the recent visit of Qatari Foreign Minister where he was absent, Baradar said he was unable to meet the visiting Qatari visiting dignitary as he was on a trip.

“Got information of the Qatari Foreign Minister visit to Afghanistan suddenly,” he added, the report said.

Speculation intensified about the fate of Baradar when Taliban leaders met with senior delegates from Qatar in Kabul on Sunday, with him conspicuously absent from the meeting, Daily Mail reported earlier.

On Monday, Taliban was forced to deny that Baradar was dead after rumours emerged that he was killed during a gunfight with his political rivals.

The Taliban insisted that Baradar is in Kandahar province meeting with the group’s supreme leader Mawlawi Hibatullah Akhundzada to discuss the country’s future now the US has withdrawn.

But the social media rumour mill believes he was actually killed in a gun battle in Kabul’s presidential palace that broke out during a meeting with the powerful and ruthless Haqqani family, the report said.

Three members of the Haqqani family were at the summit with Qatar delegates along with other members of the new Afghan government—led by Prime Minister Mohammad Hasan Akhund, the report said.

A major row broke out between leaders of the Taliban over the make-up of the group’s new government in Afghanistan last week, the BBC reported.

The argument between Baradar and a cabinet member happened at the presidential palace, the report said.

There have been unconfirmed reports of disagreements within the Taliban’s leadership since Baradar disappeared from public view in recent days.

One Taliban source told BBC Pashto that Baradar and Khalil ur-Rahman Haqqani, the minister for refugees and a prominent figure within the militant Haqqani network, had exchanged strong words, as their followers brawled with each other nearby.

The Taliban sources told the BBC that Baradar had left Kabul and travelled to the city of Kandahar following the row.

Delhi govt to launch app on availability of COVID-19…