When Pakistan’s Imran Khan After Dating Zeenat Aman & Rekha Said, “I Enjoy The Actresses’ Company For Some Time & Then Move Ahead” 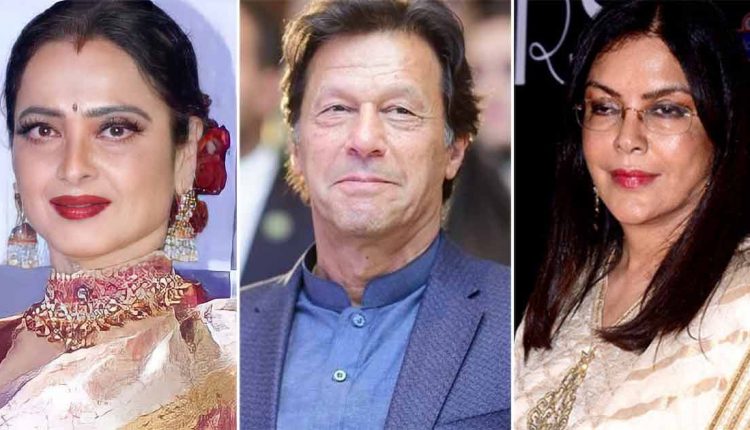 It is a well-known fact that several Bollywood actresses have found love with Sports stars, especially Cricket. Both the worlds go hand in hand. But did you know that veteran actress Rekha was once linked with former Pakistan skipper and now Prime Minister Imran Khan? Scroll down to know more.

The former Pakistan skipper is considered to be one of the greatest cricketers of all time. He is also known for his good looks and charm in the 90s. While he was linked with many actresses during his heyday, his affair with the veteran actress often made headlines.

As per News 18 report, Imran Khan also visited India and met with Rekha in Mumbai to spend some quality time with the actress for almost a month. They were often spotted enjoying each other’s company at that time. The duo also hung out at the beach together and were spotted at nightclubs.

However, it seems the relationship didn’t last long and the two called it quits soon. The report even quoted Imran Khan sharing his views on dating actresses. “The company of actresses is good for a short period. I enjoy their company for some time and then move ahead. I can not even think of marrying a movie actress,” he said.

So what do you think about Imran Khan and Rekha’s rumoured affair? Let us know in the comments

Must Read: Mallika Sherawat On Getting Sexually Propositioned By Men In Bollywood: “Indecent Proposals Are Made To People Who…”

The post When Pakistan’s Imran Khan After Dating Zeenat Aman & Rekha Said, “I Enjoy The Actresses’ Company For Some Time & Then Move Ahead” appeared first on Koimoi.

Priyanka Chopra Jonas Calls Herself A ‘Mirchi’ Explaining How Nick Jonas Has Calmed Her Down, Says “Earlier I Would Bite People’s Heads Off”