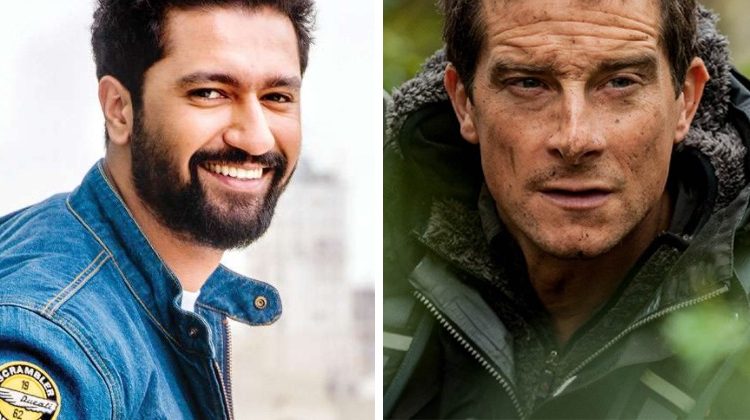 After Ajay Devgn, actor Vicky Kaushal is all set to feature in an upcoming episode of Into the Wild With Bear Grylls. According to the note shared by Discovery+, Vicky will be testing his survival skills along with Ajay Devgn. The shoot of the particular episode would take place in the Maldives. Ajay is already in the Maldives for the shoot.

It will be interesting to see two popular Bollywood actors with Bear Grylls, showing their fans a very different side to their personalities.

This is not the first time we have seen a Bollywood actor with Bear as Akshay Kumar has already been a part of the popular show. After the success of the episodes featuring Akshay and even Prime Minister Narendra Modi, the makers decided to have Ajay and Vicky on board.

Into The Wild With Bear Grylls is a survival skills reality show that involves Indian celebrities venturing into the wilderness with the famous British survivalist and adventurer.

Last year, Akshay had shot the episode in the famous Bandipur National Reserve, Karnataka, which is known to harbor the second-highest tiger population in India. Even superstar Rajinikanth had shot for the show in the Bandipur forest.

On the professional front, Vicky Kaushal will next be seen in Sardar Udham Singh. Just a couple of days ago, a report in Pinkvilla suggested the film is set to release on Prime Video this year. The Vicky Kaushal-starrer is expected to be released on the OTT platform on October 16.

A source told Pinkvilla, “Sardar Udham Singh will premiere directly on Amazon Prime Video during the Dussehra weekend. The tentative release date at the moment is October 16 and the team is supremely excited to present their film to the audience. It was meant for a theatrical viewing; however, an unprecedented situation has resulted in a direct to OTT premiere.”

It will be interesting to see Vicky on Into the Wild and in his upcoming film Sardar Udham Singh. Which one are you more excited for? Let us know in the comments section.

Disha Ravi was part of Indian chapter of global conspiracy…