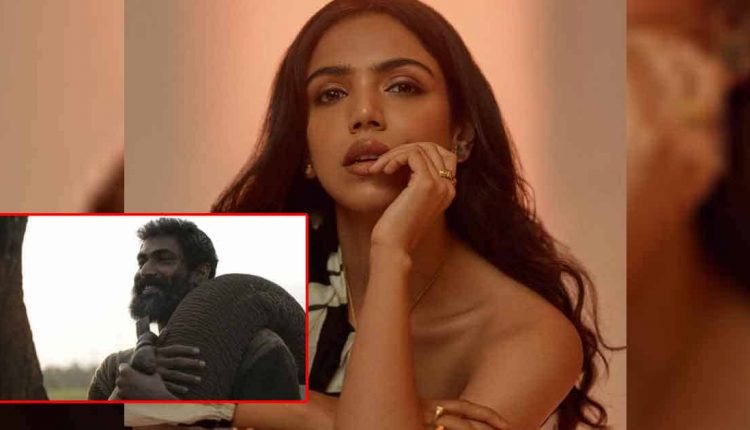 Actress Shriya Pilgaonkar says her film ‘Haathi Mere Saathi’ has an important and incredibly relevant story to tell. It explores the delicate relationship shared between humans and the wild.

Shriya says: “For the ecosystem to survive, there has to be a harmonious balance. Us humans have already destroyed a lot of the planet but nature is God and God is nature. This was my first experience shooting in an actual rainforest and just being disconnected with no network was enough to get into the full feel of the film and what this story stands for.”

Shriya is playing the role of ‘Arundhati’, on the question how she relates with her character, she says ‘Arundhati’ always actively seeks the truth and fights for it. “She is someone who can’t be silenced. Personally, I think courage in one’s life needs to be constantly worked upon in various areas of our life and sometimes the characters I play give me that courage to become the person I seek to be.”

Shriya further shares her working experience with Rana Daggubati who is playing the role of ‘Bandev’ in the movie. While talking about him she says: “When I first saw Rana Daggubati as ‘Bandev’ I couldn’t recognise him. His transformation into the character was so seamless and surreal.”

Nature thrived during lockdown and Shriya strongly feels about it. “This lockdown we all thrived to be better, we looked inwards to rebuild ourselves. Nature did the same. It had time to heal. Nature bloomed once it was least interrupted, it gave us hope for a healthier tomorrow,” she says.

Shriya will soon be doing a legal drama and other comedy projects. However, she has not opened up about them. “I have some exciting projects coming up which haven’t been officially announced yet. One is a legal drama and the other is a quirky comedy. I also have the second Season of ‘Gone Game’ and ‘Crackdown’ along with a film in the pipeline,” concludes Shriya.

‘Haathi Mere Saathi’ will have a Direct-to-TV release on Zee Cinema on September 18.

Must Read: Salman Khan Accompanied By Iulia Vantur In Austria? She Says, “Love Will Always Bring People Together” In A Video Shared From Love Lock Bridge

The post Shriya Pilgaonkar Failed To Recognise Rana Daggubati In Haathi Mere Saathi Because Of His Seamless Transformation appeared first on Koimoi.

Anything can happen at inaugural Thailand MotoGP, says…