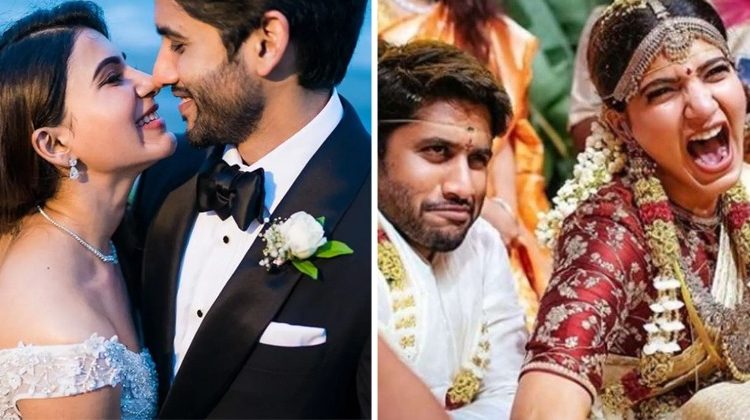 Telugu movie stars Samantha Akkinen and Naga Chaitanya have been in the news over the past few weeks. According to many reports which were surfacing on the internet, the couple might be heading for a divorce.

Well, new reports suggest that Samantha’s father-in-law Nagarjuna is trying his best to get the duo to reconcile and move on from their differences. Samantha was missing from her father-in-law’s birthday celebrations on August 29, which further fuelled the separation rumours.

Their separation rumours started when Samantha removed her husband’s surname ‘Akkineni’ from her Instagram handle and changed her display name to ‘S’. Since then, there have been reports of a rift. Recently, the actor also lashed out at media reports comparing the paparazzi to rabid dogs in a meme.

The news of their relationship falling apart gained even more momentum when Samantha went on a Goa vacation with friends of her husband.

According to a report by SpotboyE, “It is not that Naga Chaitanya is guilty of any marital transgression. He has never cheated on his wife. On the contrary, he has been a loving husband ever since they tied the knot in a simple ceremony in Goa in 2017.”

The website further mentions, “When Naga had to be rude to his wife on-screen during the shooting of the film ‘Manjili’, he was unable to look into his wife’s eyes with hatred. He did not know where to start in mending his relationship with wife Samantha.”

So happy to be finally putting this out… Can’t wait to see you all at the theatre’s again!

Recently, there was a little ray of hope for the ‘ChaySam’ duo. Naga had shared the trailer of his upcoming film Love Story on his Twitter account and Samantha responded to it by saying “Winner! All the very best to the team.”

Then Chaitanya thanked his wife by saying, “Thanks, Sam.”

Neeraj Chopra’s Social Media Worth Rose To Rs 428 Cr, Here’s What It Means For The Olympian