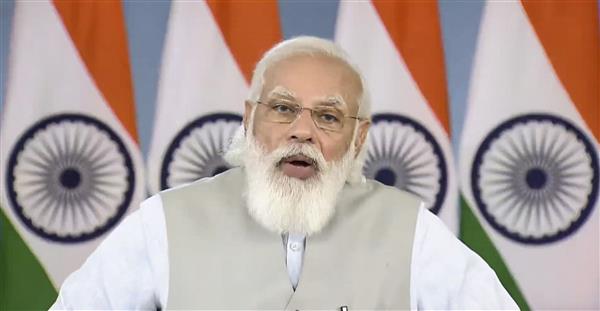 India will face the dilemma of either living up to its own billing as the pharmacy of the world or opting to vaccinate a large chunk of the population before taking a call on exports.

The occasion will be a Covid global summit in New York where PM Narendra Modi is likely to share the stage with the host US President Joe Biden besides other world leaders who have played a major role in assisting other countries during the pandemic.

On Sunday, US Surgeon General Vivek Murthy said Biden will announce new steps to slow the spread of Covid.

India too will be obliged to step up with new plans to help the world in order to build on its now-interrupted Vaccine Maitri initiative that saw the Foreign Ministry set up a special dashboard as planes took off to different parts of the world loaded, first with medicines, and later vaccines.

The halt to exports of India-made AstraZeneca vaccine, one of the cheapest in the market, left many countries without an adequate number of doses.

The pressure on existing vaccine manufacturers comes at a time when the Quad grouping of US, India, Japan and Australia have fallen behind in their plans to start vaccinating the world from 2022.

The US is now reluctant to back a India-South Africa proposal before the WTO for a limited time waiver on patents on vaccines and Covid medicines. This will permit rapid and low cost manufacturing of many of these items in developing countries.

The US now sits in a position to donate vaccines to developing countries and would like its allies to follow suit. It had earlier faced global criticism for withholding vaccine exports and even their raw materials till it had vaccinated its population as well as build up stocks of booster doses. India has still to reach that comfort level.

Finally, tennis has much more to offer after an extraordinary US Open

Parts of Maharashtra to receive heavy rain on August 21, 22