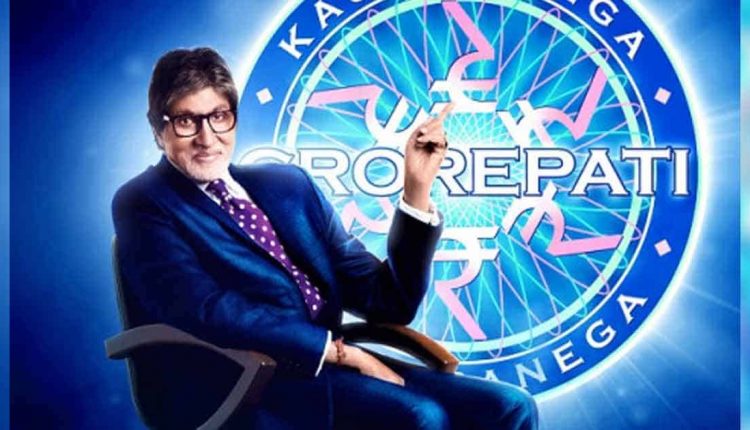 Host Amitabh Bachchan introduced contestant Akash Waghmare on ‘Kaun Banega Crorepati 13’, saying “I believe no challenge in life is that big that it can dwarf our hopes and no hope is so small that life’s challenges began to appear bigger. A real-life example of this is Akash Waghmare.”

27-year-old Akash Waghmare from Pune is a delivery boy who lives in an under-construction building. He is not only working hard but also studying for competitive exams to become a police sub-inspector. Winning a good amount on ‘KBC 13’ would mean a lot to him as he could provide his parents with a better life.

Akash Waghmare wishes he could also have a takeout meal, have the food delivered to him at his doorsteps and tip the delivery personnel himself. But he can’t afford it and has to manage with whatever is made at home.

Expressing his feelings, contestant Akash Waghmare shares: “From the last 5 months, I’ve been working with an online food delivery app. At times I feel that the work I do of online food delivery, someone should get it for me also and I tip them. But, it’s not affordable, whatever we make in the house, we eat that only. Since the last 1 year, we’ve been staying in this under-construction house. There is a little difficulty here but we’re happy that our family is together.”

Talking about the irony of life, Amitabh Bachchan said: “Ladies and gentlemen, this is an irony that Akash who delivers food to everyone, cannot afford his own favourite food which is Biryani. And today, I would like to tell you that one delivery personnel would do this for you. Today’s dinner will be delivered to you.”

An overjoyed Akash couldn’t believe this. “This is the biggest honour for me. In my life, I have never been respected so much. Thank you so much, Sir.”

His parents, who accompanied him to the show, expressed their sentiments as well. His mother conveyed a very sweet and heartfelt message to Amitabh Bachchan. She said: “My son is sitting in front of you and just that made me a ‘crorepati’.”

Akash Waghmare will be seen playing the game on Wednesday night.

Priyanka Chopra Jonas Calls Herself A ‘Mirchi’ Explaining How Nick Jonas Has Calmed Her Down, Says “Earlier I Would Bite People’s Heads Off”