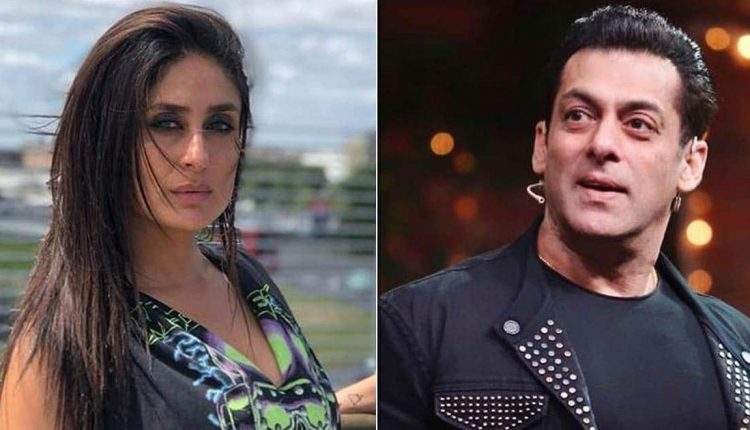 Kareena Kapoor Khan was recently spotted at Mumbai Airport with husband-actor Saif Ali Khan, son Taimur Ali Khan and newly born Jehangir Ali Khan. Looks like the family is off on another vacation to an exotic location. Although Kareena has traveled a lot, this time she was stopped at the entrance of the airport by a CISF officer.

A similar incident had happened last month, when superstar Salman Khan was stopped by the airport officer, reportedly, he had asked Radhe star to complete security formalities before entering the airport premises.

A paparazzi video has been making rounds on the internet where Bollywood’s Royal family can be seen entering Mumbai Airport, although Saif Ali Khan along with son Taimur Ali Khan entered the gate with ease, but Kareena Kapoor Khan along with Jehangir Ali Khan’s nanny was checked thoroughly.

Looking at the situation, Tandav star can be seen coming back outside in a worry to check if his family is ok. It was nothing major, just a security personal trying to do their job, but the video has still got everyone’s attention due to the involvement of big celeb like Bebo. However, they were let go within a few seconds of checking.

Last month when Salman Khan was also spotted in the similar situation, there were speculations that the CISF officer would be terminated or will be punished for stopping the superstar, instead netizens along with his superior applauded him for doing his duty, without thinking if it’s a common man or a superstar like Salman.

Previously, talking about the incident DIG Anil Pandey, Chief Public Relations Officer, CISF, told ETimes, “Someone shot a video of Salman Khan at the airport and a rumour was spread that the CISF personnel who stopped him was taken to task, hence we had to clarify on Twitter. It was ASI Somnath Mohanty who was on duty, and as per security protocol at the airport, he stopped Salman Khan and asked him to get security clearance. Every passenger has to go through the same procedure.”

During that time, Salman Khan was headed towards Turkey for the shoot of Tiger 3 along with Katrina Kaif, while Kareena Kapoor Khan is headed for a vacation with her adorable family.

Must Read: Pooja Batra Shah Is Honoured After Meeting Al Pacino, Reveals Watching ‘And Justice For All’ With Him

Marvel Makes Fans Cry For Chadwick Boseman With T’Challa’s Funeral In What If…? Episode 6

Salman Khan Accompanied By Iulia Vantur In Austria? She Says, “Love Will Always Bring People Together” In A Video Shared From Love Lock Bridge

‘Uttama Villain’ to release before…