J&K: Search ends for 19 residents who went missing after cloudburst in July 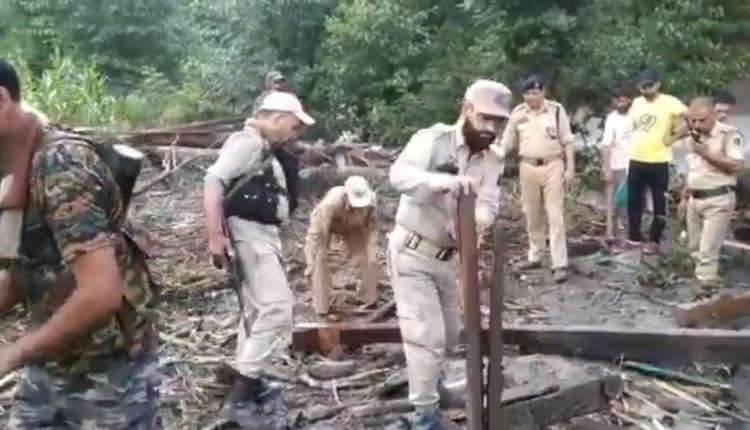 The search operation for 19 residents, who went missing after a cloudburst at Kashmir’s Hunzar village in July, was called off on Wednesday, Greater Kashmir reported.

On July 28, a cloudburst had triggered flash floods in Kishtwar district, following which seven people from Hunzar village were killed and several others went missing.

As the flash floods swept away homes, at least 60 families were evacuated.

A State Disaster Response Force along with multiple disaster response units from neighbouring Udhampur and Doda districts had been looking for those missing for close to two months now.

“The search operation is over as it was not humanly possible to find out the 19 missing people who might have been washed away in the flash flood triggered by cloudburst or buried under the huge boulders and debris,” District Development Council chairperson Pooja Thakur told Greater Kashmir.

She added that the National Disaster Response Force and state teams had left the village.

Thakur, along with Divisional Commissioner of Jammu Raghav Langer, visited the Sonder village in Kishtwar, where families rendered homeless due to the cloudburst had been rehabilitated, according to Greater Kashmir.

“Nineteen families have lost their homes and land,” she told the newspaper. “Of the 19 families, as many as 17 still have a small portion of land even as their houses…