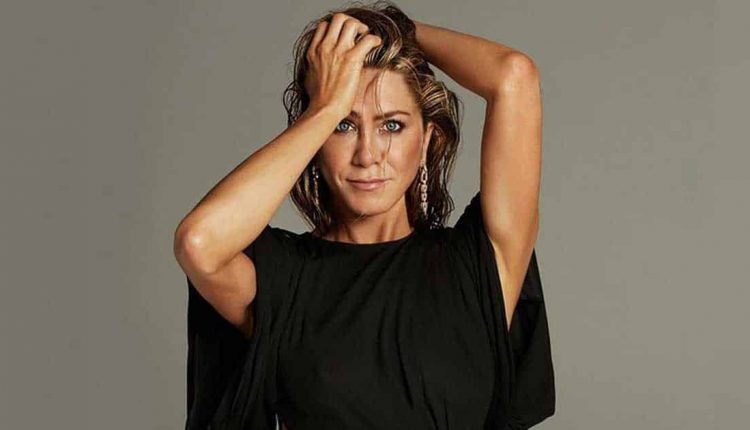 Jennifer Aniston Shares Whom She Would Want To Date Next(Pic Credit: Instagram/jenniferaniston)

Jennifer Aniston is a beautiful woman with several fans who love the actress, especially after watching her as Rachel Green in the sitcom Friends for ten years. Aniston has also been in a relationship with Hollywood hunks like Brad Pitt and Justin Theroux. Her romance with the two actors did not last forever, which hasn’t stopped the actress from keeping her choice open.

The ‘Murder Mystery’ actress recently made the news after rumours of her dating Friends co-star David Schwimmer aka Ross Geller. Even in the show, David and Jennifer’s character date. Anyway, Aniston burnt down all the rumours and shared that Schwimmer is like a brother to her.

While talking to PEOPLE, Jennifer Aniston spoke about Hollywood’s ever-changing dating pool and how she keeps her choices open. When asked whether a relationship between a public figure and a private individual would function, Jen said that everything is possible. “Of course,” said Aniston. “Absolutely. I mean, it’s happened. That’s what I’m sort of hoping for is not necessarily somebody in the industry itself. That’d be nice,” she added.

Spider-Man: No Way Home: Andrew Garfield Responds To His Viral Pics From The Set & It’s Heartbreaking
When Shah Rukh Khan Was Asked Who Will Host KBC After Him: “Till I Am 60, I Don’t See Anyone Else”

Jennifer Aniston may still be searching for love, but it is clear that she has no plans to go modern about it. ‘The Morning Show’ star has previously shared that she has no intention of resorting to internet dating. As per the reports, Jennifer said, “I’m going to just stick to the normal ways of dating. Having someone ask you out. That’s the way I would prefer it.”

Even though the actress is open to finding love, she is not so sure about finding ‘the one’. Jen shared that “it’s not on my radar” while talking about walking down the aisle. She said, “I’m interested in finding a fantastic partner and just living an enjoyable life and having fun with one another. That’s all we should hope for. It doesn’t have to be etched in stone in legal documents.”

Jennifer Aniston has become one of the most popular Hollywood actresses. Along with a name, she has built herself quite a career and garnered a huge fanbase. Whatever her decision will be about relationships, her fans and we will be as excited as ever.

The post Jennifer Aniston Opens Up About Relationships & Reveals Whom She Would Want To Date Next appeared first on Koimoi.

Krushna Abhishek Hints Reconciliation With Govinda & His Wife Sunita Ahuja: “You Can Only Get Hurt By Someone Who Loves You”

Spider-Man: No Way Home: Andrew Garfield Responds To His Viral Pics From The Set & It’s Heartbreaking