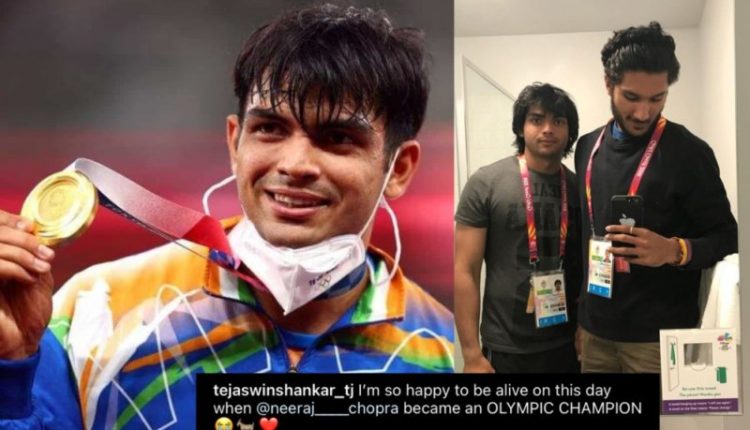 Neeraj Chopra’s golden triumph at the Tokyo Olympics not only made him India’s blue-eyed boy, but also helped soar his social media popularity to towering heights.

According to a report by research consultancy firm YouGov SPORT, the hard-working javelin thrower recorded over 2.9 million mentions from over 1.4 million authors on Instagram during the event, making him the ‘most mentioned’ athlete globally.

According to the report, Chopra’s total interactions on social media since bagging the gold medal have jumped up to 12.79 million, at a growth rate of over 86 per cent.

The steady increase in the number of views on his video content can be considered a major source of his increased social media capital. Aggregating over four million views per video, they are nearly thrice the average for an elite Indian athlete on social media, according to The Tribune.

When it comes to the number of account followers, Neeraj Chopra has seen a swift upswing on Instagram. Now recorded at 4.5 million, his Instagram followership has grown by over 2,000 percent on the platform.

As a result of this increased adulation from the internet, Chopra’s reach on social and digital media has reached a staggering 412 million. These numbers combine to take the athlete’s social media valuation to a total of Rs 428 crores, as per Zee News.

Neeraj Chopra became the first-ever Indian to win an Olympic track and field medal after finishing top in the men’s javelin throw event in Tokyo on the final weekend of the Olympics. This was also India’s first gold medal at the latest edition of the Olympic games, and only the second ever in individual sport.

Chopra joined the Indian Army as a junior commissioned officer (JCO), holding the post of Naib Subedar, in 2016. The forces, who usually select sportspersons on a non-commissioned rank, made an exception for Chopra due to his potential with the javelin.

Post joining the Indian Army, Chopra went on to hit new heights. He first won the gold medal at the Commonwealth Games in 2018 before wining the gold in the Asian Games in the same year.

Back home, Neeraj lives in a joint family of 19 members. He also overcame obesity to become one of the most successful individual athletes in India’s track and field history.

Alia Bhatt Signed Along With Ranveer Singh For SLB Next Baiju Bawra?

Zegna Unveils An Iconic Overshirt Jacket For The Upcoming Season