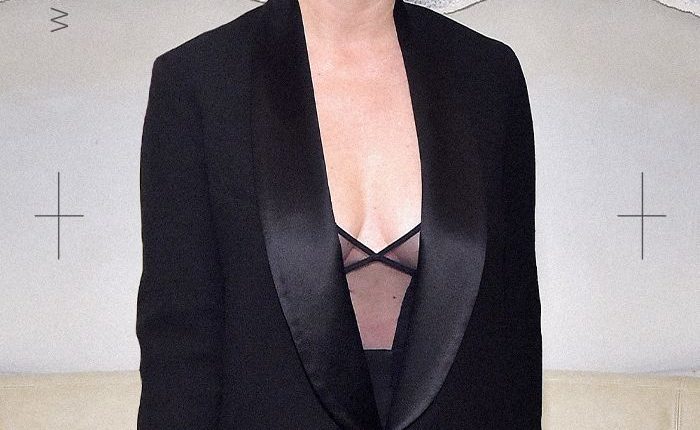 Fashion’s first Monday in May looks a little different this year, mostly due to the fact that it took place on the second Monday in September. After last year’s cancellation, the Met Gala finally made its triumphant red carpet return Monday night. To celebrate the 75th anniversary of the Costume Institute of the Metropolitan Museum of Art, this year’s theme was In America: A Lexicon of Fashion, a challenge stylist Erica Cloud faced head-on. With country-pop musician Kacey Musgraves as one of her premier clients, Cloud is no stranger to tapping into an Americana aesthetic (always with some butterflies and glitter thrown in for good measure) to showcase Musgraves’s fun personality. The Los Angeles–based stylist also worked with longtime collaborator Dan Levy for the Schitt’s Creek star’s very first Met. Listen in to this week’s podcast as Cloud gives us an inside look at preparing for the Met and other red carpet moments in between.

The theme this year is In America: A Lexicon of Fashion, and I’m so curious to hear how you’ve interpreted it with your clients. So can we start with Kacey [Musgraves]? Can you tell me about what she’s wearing?

Kacey is wearing Ralph Lauren, who is a long-standing Americana brand. In the lexicon of fashion, I think that it really represents a little bit of a sportsmen America, for lack of a better description. Kacey’s from Texas. I think people view Ralph Lauren as those kinds of classic pieces that can also translate [to] everyday wear, which I love. It [has] great pieces of denim or polos for men, a classic silhouette or aesthetic. And Kacey can be those things, obviously. She can wear classic pieces very well, but she has a bit of an edge, likes to have a modern take on things. We kept that in mind going into what we felt was the right fusion between the two. It started with looking at their entire archives. The look we landed on felt modern, but with a classic Ralph Lauren appeal to it. It’s a tight black mock-neck top that’s a bit cropped, and then the skirt has a big slit and a huge train, but it’s this liquid fabric, which [Ralph Lauren] has done on the carpet before in red and blue and, I believe, in gold, but we’re doing it in silver. We chose the silver because she also is releasing her album, and there’s symbolism in it with silver and armor and a little bit of a tougher feel. So the color of the skirt is a nod to that as well. And then, we’re doing it with a classic riding boot.

How do you think about hair and makeup in these moments? Obviously that’s a collaborative process.

EC: Yes, because it has to be cohesive. You don’t want someone’s head to look cut off from their body. Kacey always has good intuition on what she thinks is going to work, but also her glam team is incredible. Moani Lee and Giovanni Delgado are just masters and so I usually defer to them because I wholeheartedly trust them. But I think for this, we all kind of agree that it’s not going to be anything crazy. It’s such a simplistic look to a certain degree that you don’t want anything to compete with itself. We all have a conversation. They pull their references and if I have an idea, they’re always open. They’re just the most wonderful people to work with.

Then for accessories, I like to have a lot of options, but I got to say we had it at the fitting and the boot is just cool. It anchors the look, it’s saying something and it’s a little tougher. And Kacey rides horses, so it’s also representative of that. To me it kind of conjured up the ‘90s black and white imagery of editorials back then.

You’re also dressing Dan Levy as well which is so exciting. As a huge Schitt’s Creek fan, it has been such a joy watching the two of you work together. Obviously, he adores fashion and was so involved in costuming and styling for the show. I’m curious what your process is like with him. Is it similar to how you work with other clients? Is it different? And of course we have to talk about how you were thinking about the Met for him.

EC: Dan is an incredible collaborator because he does love fashion, he’s so in tune and he has such a knowledge. So our process is a little bit different, it feels a little bit more edited. With other clients, we can have an idea and maybe I can send them certain images, but they don’t necessarily want to be involved fully. They trust me, it’ll just come to the fitting. But Dan has a such a true love of [fashion] that it is really fun. I don’t know if that’s because he has so much to manage with writing, directing, acting, all of these things—and he has an eyewear company—he can streamline things extremely well. It’s kind of refreshing if you know somebody is happy with what’s arriving, then you don’t have to stress out. He did do so much of the costuming on the show on top of everything else. So to move over into the red carpet world, all of that has been so exciting because, with everybody’s outpour of love for Schitt’s Creek, which is so well deserved, it’s been really nice to introduce him to—he already knows the brands–but to the PR people and the people who are actually getting you the clothing.


For the Met, he is going with Cartier, which is so fun. It’s great because then you kind of have a pick of designers to a certain degree. Because Dan is such a true lover of fashion, it felt like we should try and figure out what the right brand would be that felt representative again of both. He’s wearing Loewe. In Jonathan [Anderson’s] mind, they’re so similar in their vast knowledge of different things in the art world, and cultures, and everything. Before it was “Lexicon,” American Independence was the theme running through and what independence meant to you. The artist [of the outfit], it’s an artist who has done a custom print on a Loewe silhouette. I will let him do the talking points on the carpet for that so he does it justice. Then I think we’re going to layer some Cartier diamond necklaces and some rings to bling it out a little bit.

This interview has been edited and condensed for clarity. Next up, check out our previous episode featuring Bridgerton’s costume designer Ellen Mirojnick.