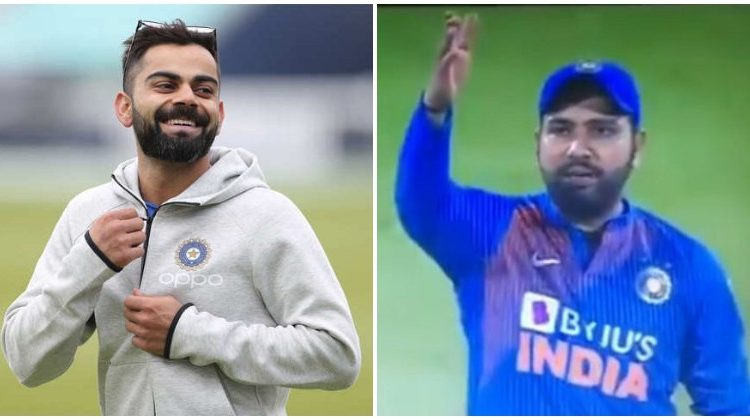 The reports on Rohit Sharma becoming the captain of the Indian cricket team in ODIs and T20Is after the T20 World Cup 2021 are being rubbished by BCCI vice-president Rajiv Shukla, who has asked the fans and other Team India members to focus on the upcoming tournament towards the end of October.

A couple of days ago, the Times of India had reported that one of the BCCI sources had confirmed that active captain Virat Kohli was definite about giving up his leadership, at least in the shorter formats of the game,  to his deputy-in command, Rohit Sharma at the conclusion of the T20 World Cup.

According to the report shared by the publication, the idea behind the transfer of authority was regarding Kohli’s wish to focus better on his skills as a world-class batsman, while also acknowledging the brilliance of Sharma as a captain in white-ball cricket himself.

The anonymous BCCI source also said that the reason why the Indian cricket board was sharing this news at least a couple of months ahead of the expected timeline, was to prevent tabloids from creating untrue narratives about a power struggle between Kohli and Sharma. The goal was to keep controversy at bay for as long as possible.

The duo of Virat Kohli & Rohit Sharma will be eager to give their best and guide Team India to their second T20 World Cup title.#India #RohitSharma #ViratKohli #T20WorldCups pic.twitter.com/eNTwWyqU1w

However, in an ANI interview, Shukla simply slashed off all the reports of anything like this happening at the moment.

“There is nothing to this rumour. Also, let’s focus on the T20 World Cup rather than playing soothsayer and predicting the future. There have been no talks on split captaincy,” Shukla said.

Just yesterday, BCCI secretary, Jay Shah echoed Shukla’s take on the brewing rumours about the idea of split captaincy between Kohli and Sharma, suggesting that all such ideas are false at the moment and that Virat Kohli has no intentions of giving up his right to lead the team from the front.

According to Shah, as long as the Men in Blue are winning matches, there is no need to look for a change in the team’s captaincy. Interestingly, many also suspected Shah’s words to carry a level of threat towards Kohli as an ultimatum to win the upcoming World Cup in the shortest format of the game, if he wanted to stay team captain.

With about a month and a half to go for India’s first match of the T20 World Cup, Kohli and Sharma will get to captain their own respective teams during the second half of the Indian Premier League 2021 in the United Arab Emirates with the hopes of taking home the IPL trophy before joining forces for the big one.

Mika ‘thanks’ Imtiaz, Rahman for ‘Heer…