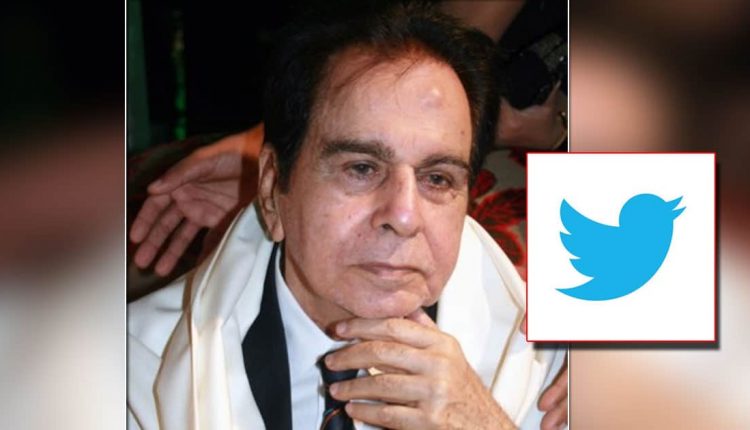 The legendary actor’s spokesperson Faisal Farooqui on Wednesday afternoon informed via a tweet: “After much discussion and deliberation and with the consent of Saira Banu ji, I have decided to close this Twitter account of beloved Dilip Saab. Thank you for your continuous love and support.”

After much discussion and deliberation and with the consent of Saira Banu ji, I hv decided to close this twitter account of beloved Dilip Kumar Saab. Thank you for your continuous love and support.
-Faisal Farooqui pic.twitter.com/NAabHe1DZu

The announcement of shutting down the official Twitter account comes just a couple of months after the demise of Dilip Kumar, who passed away on July 7, aged 98.

On Wednesday, reacting to the tweet announcing the closure of Dilip Kumar’s official Twitter account, his fans and followers expressed their disappointment at the decision. A section of followers also suggested using the account as a memorial of the late actor and keep sharing his old photos and videos through the same.

The veteran actor was battling age-related illness for the past few years and breathed his last at the city’s Hinduja Hospital.

A few weeks ago, Veteran Bollywood actress of yesteryears, Saira Banu suffered from a heart problem called ischemia, she was admitted to Hinduja Hospital for treatment is said to be stable now, according to her doctors.

Saira Banu, 77, – the widow of legendary actor, the late Yusuf Khan alias Dilip Kumar – was rushed to the ICU of the hospital in Khar, due to the severity of the situation.

According to eminent cardiologist Dr. Nitin S. Gokhale who was attending on her, the left ventricle of her heart had stopped functioning and led to ingress of water in her heart and lungs.

Must Read: After Ajay Devgn, Vicky Kaushal Is Ready For Adventure On ‘Into The Wild With Bear Grylls’

US rushing assistance to India to combat Covid surge: Joe…