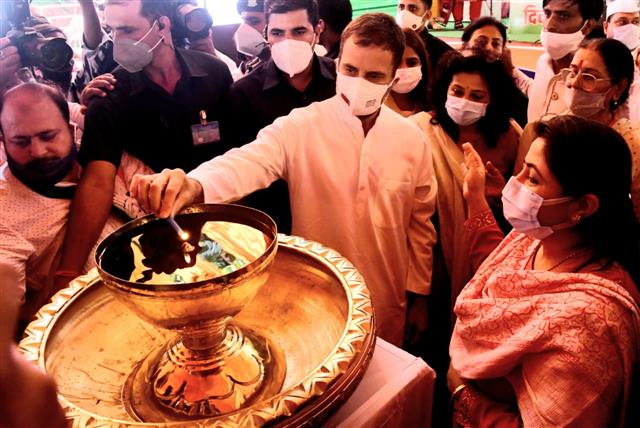 Congress leader Rahul Gandhi on Wednesday attacked the BJP-RSS, alleging that they were “fake Hindus” who use religion for their benefit.

Addressing the foundation day of the All India Mahila Congress here, Gandhi said the ideology of the Congress was completely opposite of the BJP-RSS and only one of the two ideologies can rule the country.