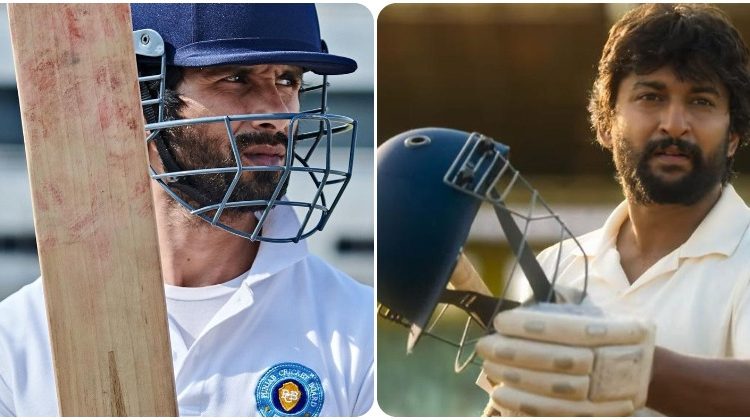 Shahid Kapoor, who has given us some mind-blowing hits in Bollywood, is now all set to play a prominent role in the Hindi remake of the Telegu hit movie, Jersey.

The original film had Nani in it, who recently shared his thoughts on the Bollywood remake and his take on Shahid’s performance and acting.

Jersey is a story of a former cricket player who tries to revive his career but can’t sustain it. It is based on the hardships the cricketer faces, dreaming of a Team India jersey for his son.

The director of the Telegu movie Gowtam Tinnanuri also came forward to direct the Hindi version too. Speaking in an interview, Nani said that he is confident about Shahid essaying the role of the cricketer, which Nani originally played. He said, “I think he will do it better. He is a brilliant performer and can really get into the skin of the character.”

Nani also added that post the shooting, the director was happy with the outcome, and he had in fact seen some pictures of the current version.

He said, “Gowtam (Tinnanuri) showed me a few pictures – the director of the original, and it looks very promising. Gowtam is somebody who is a man of very few words, even if he likes something – I know it but not everyone can say it – I can see it on his face when he likes something. He doesn’t say much, but when Gowtam told me how happy he was with the output of the Hindi version, I already can imagine how brilliantly it would have come out.”

Jersey not only stars Shahid but also has Mrunal Thakur and Pankaj Kapur. It is a movie that was shot amid the pandemic, and it was wrapped up in December as per Shahid’s post.

He took to Instagram and wrote, “It’s a film wrap on #jersey …. 47 days of shoot during covid. Just unbelievable. I am so proud of the entire team. It’s nothing short of a miracle. I want to thank each and every one from the unit for coming to set every day, putting themselves at risk and doing what we all love doing. Telling stories that touch hearts and make a difference. Jersey is a story that speaks of a Phoenix rising from the ashes. The triumph of an indomitable spirit. If there was ever a time I could connect with the underlying spirit of a film this was it. As we all fight through this pandemic. Let’s always remember. This shall pass too. Here’s to my best filmmaking experience yet. Here’s to Jersey … we shall overcome !!!!”

The actor has been proudly presenting his work and has been appreciated for movies like Kabir Singh, Udta Punjab, Haider etc.

Apart from that Shahid also has another project lined with Amazon Prime Video.

TIFR Probe Draws the Curtains on NCBS Retraction Case, but…

Our craft has power to transcend borders: Priyanka Chopra…