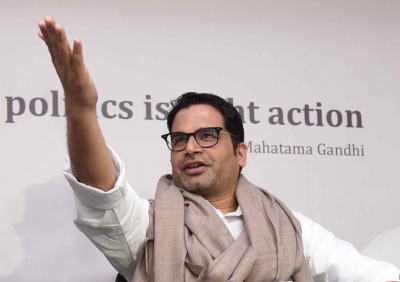 New Delhi, Sep 14: Poll strategist Prashant Kishor has been meeting the Congress leaders informally in poll bound states as his induction in the party is still under consideration by Sonia Gandhi.
Sources have confirmed that he has met a couple of leaders in poll bound states and he has given his personal state specific inputs to them.
Gujarat Congress leader and a former union minister Bharat Singh Solanki, who met Kishor on a couple of occasions, said, “he has a good plan to re-energize the Congress in the state.” Gujarat is going to polls next year and Solanki is a strong contender for the state president’s post as Congress is going to rejig the state unit soon.
Another leader whom Kishor has met is Veerappa Moily, who is also in support of Kishor joining the party.
Several Congress leaders are however divided over Kishor’s role in ticket distribution, but none is averse of him joining the party. They think he should be made in-charge of election management department without the candidate selection power.
Congress leaders do approve that his inputs should be considered in the party but suggested that state leaders and former & sitting chief ministers should have a say in the ticket distribution process.
The Congress party has been consulting the Congress Working Committee (CWC) members to revamp the party structure after losing two consecutive general elections. (IANS)

Woman under attack for wearing a ‘hijab’

2 dead in Scottsdale crash that left 5 others injured,…