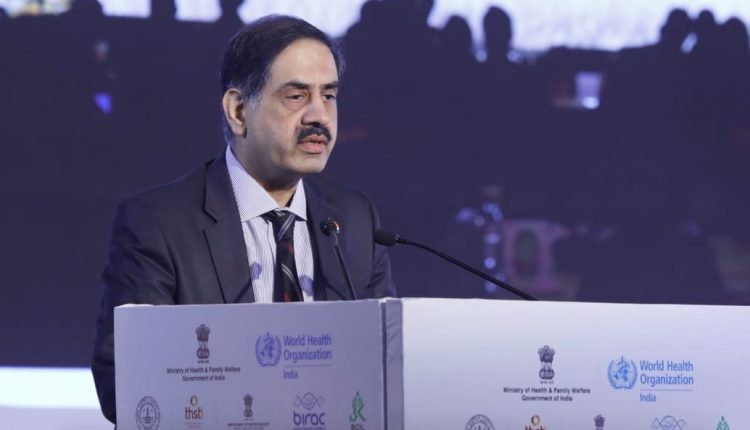 The medical research agency suppressed data that contradicted the government’s projection of a rosy picture, according to researchers that the New York Times spoke with.
Politics began to influence ICMR’s approach “early last year”, beginning with the government singling out the Tablighi Jamaat congregation for COVID-19’s spread in India.
Scientists described a “culture of silence” at ICMR, with researchers worried that they would be passed over for opportunities if they questioned superiors.

New Delhi: The Indian Council of Medical Research (ICMR)’s top leadership has ‘tailored’ the agency’s findings on the spread of COVID-19 and its possible trajectory to suit Prime Minister Narendra Modi’s agenda and pressured scientists to downplay the threat posed by the pandemic, according to a New York Times report.

The report provides yet more evidence that ICMR, which is India’s premier medical research agency, has prioritised the government’s political goals over science and evidence. Just months after the pandemic began, ICMR came under intense criticism for several missteps. In an editorial published in July 2020, The Wire said: “Today, no one expects ICMR to contradict the Centre’s COVID-19 response strategy on any count, irrespective of the enormity of a transgression.”

Reporting by the New York Times backs this up. Anup Agarwal, a scientist who worked with ICMR before resigning in October 2020, told the newspaper that when he raised concerns about the ‘supermodel’ for how COVID-19 would progress in India to ICMR director-general Balram Bhargava, he was told it was “none of his concern”.

The ‘supermodel’, published in October in the ICMR-operated Indian Journal of Medical Research, predicted that the pandemic in India had passed its peak by September 2020. It said the country would be able to control the spread of the disease by the end of February 2021 by following the safety protocols that are already in place.

ICMR fast-tracked its approval, Agarwal and other people told NYT.

Though the study was “picked apart” by experts, the agency may have fast-tracked it to support Modi’s eagerness to reopen the economy and begin the campaign for elections in Bihar, NYT suggests.

The rosy picture painted by the ‘supermodel’ was mirrored by top government officials, including Modi himself, who said in February this year that India’s fight against COVID-19 was inspiring the rest of the world. Barely two months later, India reported record-high levels of daily COVID-19 cases amidst a devastating second wave that killed lakhs of people.

A boy walks past graffiti, amid the spread of COVID-19, on a street in New Delhi, March 22, 2021. Photo: Reuters/Anushree Fadnavis

The report adds that politics began to influence ICMR’s approach “early last year”, beginning with the government singling out the Tablighi Jamaat congregation for COVID-19’s spread in India. ICMR also contributed to this narrative, an agency source telling a news outlet saying that the gathering undid the benefits of lockdown.

Raman Gangakhedkar, who was then ICMR’s chief scientist, told NYT that he had expressed “anguish” over the government’s statements targeting Muslims. Bhargava told him that the matter “should not concern him”.

The report also mentions three instances when ICMR’s top leadership disentangled the agency from studies that contradicted the government’s optimism and warned of a second wave.

A June 2020 study, funded by ICMR, which had concluded that the lockdown had not helped avoid the peak but delayed it, was withdrawn by the authors within days. In a tweet, ICMR said the study was not peer-reviewed and that it “does not reflect the official position of ICMR”.

According to NYT, one of the study’s authors said they had withdrawn the paper amid pressure from the agency’s leaders, “who questioned its findings and complained that it had been published before they had reviewed it”.

Bhargava also directed scientists in late July 2020 to withhold data from the country’s first serological survey, which showed that infection rates were high in many cities. In a July 25 email that was reviewed by the New York Times, Bhargava said “I have not got approval” to publish the data. “You are sitting in an ivory tower and not understanding the sensitivity …I am sincerely disappointed.”

This data, if published, would have contradicted the government’s claims that India had fared better than other, richer countries in containing the spread of the virus.

Then, in January 2021, when a study published in the journal Nature predicted a second wave, ICMR’s leadership pressured one of its authors, who worked for the agency, to remove his affiliation from the paper.

Current and former ICMR scientists also told NYT that they did not speak up against ICMR’s recommendation of ineffective COVID-19 treatments – like plasma therapy and using hydroxychloroquine – because they considered these treatments “politically protected”.

Scientists that the newspaper spoke to described a “culture of silence” at the agency, with researchers worried that they would be passed over for opportunities if they questioned superiors. Agarwal said “good relationship with people” was need to continue working, adding, “You just be nonconfrontational about everything.”

Ayodhya ‘model’ city to come up on Vedic planning principles