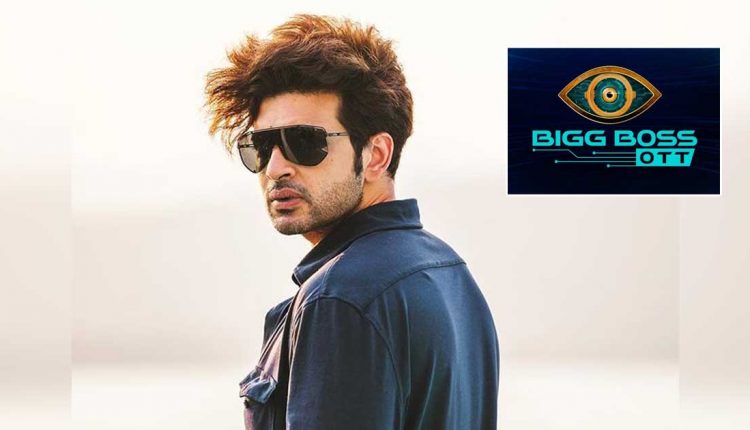 Bigg Boss OTT is currently grabbing all the eyeballs. The controversial reality show is in its last leg. Divya Agarwal, Neha Bhasin, Pratik Sehajpal, Nishant Bhat, Shamita Shetty and Raqesh Bapat are a part of the finale week. And it is the buzz for Salman Khan hosted Bigg Boss 15 that is already taking over. Is Karan Kundra entering the show? Read on for details.

Karan is currently a part of Yeh Rishta Kya Kehlata Hai. He’s enjoying a lot of limelight with his role as Ranveer Chauhan. He rose to fame with his stint in Kitni Mohabbat Hai and has been a part of shows like Gumrah: End of Innocence, Love School, Pyaar Tune Kya Kiya amongst others.

As per recent reports, Karan Kundra is entering Salman Khan hosted Bigg Boss 15. Not much has been revealed, but it is said that the actor has signed the dotted lines. Earlier there were reports of his ex-girlfriend Anusha Dandekar entering the house.

Karan Kundra has had a controversial life. His split with Kitni Mohabbat Hai co-star Kritika Kamra became a topic of discussion for quite a while. Something similar happened with long-time girlfriend Anusha Dandekar, as the duo split just ahead of COVID lockdown.

Just not that, Anusha has multiple times accused Karan of cheating on her. She had shared multiple cryptic posts on their relationship and has talked about ‘loyalty. Ever her sister Shibani Dandekar had confirmed the rumours to media.

Karan Kundra had reacted to the cheating rumours and told TOI, “Sometimes, I start laughing when I hear things. I don’t know what can make someone so hateful towards another person. We shared a beautiful relationship for three and a half years. I have learnt a lot from Anusha, and I have a lot of respect for her and her family. How is it that these allegations are being levelled against me when there is a development on my professional front? Why hasn’t any other person, who I have been in a relationship with, ever accused me of something as serious as this?”

Would you like to see Karan in Bigg Boss 15? Let us know in the comments section.

Must Read: Sidharth Shukla Saying ‘Bye’ With A Smile In This BTS Video Of Broken But Beautiful 3 Climax Is Leaving SidNaaz Fans Teary-Eyed!

The migrant workers who never went back

Will resolve UPSC exam row in a week: Rajnath