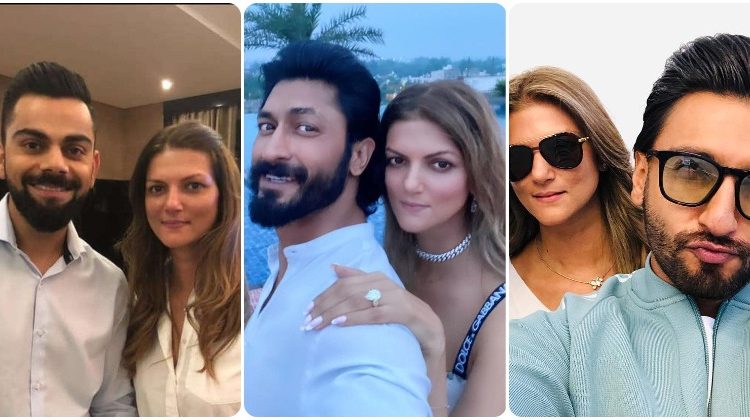 The recent news of Vidyut Jammwal’s engagement broke the internet. The actor proposed to fashion designer Nandita Mahtani in a quirky, ‘commando’ way.

The couple took to their Instagram handles to share the news with everyone. In the first picture, they are seen climbing a wall as they hold each other’s hands, whereas, in the second picture, they are posing in front of the Taj Mahal.

But half the world is wondering who Nandita Mahtani is! Even though Vidyut shared pictures with her, the actor never confirmed their relationship. Here are 9 things we know about Nandita.

1. Vidyut’s fiancee Nandita Mahtani is a renowned fashion designer. She currently resides in Mumbai and is the daughter of businessman Manu Mahtani.

2. Nandita was also a part of their family business before she started her venture. She then started working as a fashion designer in 1998.

3. For the unversed, Mahtani is into designing and styling projects as well. Although she works with several well-known celebrities, she is popularly known for her work with Virat Kohli. She has often styled and designed clothes for the Indian skipper. She said in an interview that Virat is one of the easiest and most inspiring people to work with.

4. Nandita was earlier married to businessman Sunjay Kapur. However, the two parted ways, and he later married Karisma Kapoor.

6. The designer has a sizeable follower count of 121K on Instagram.

7. In an interview, even Ranbir confessed to having a crush on her. He said, “All I can say is that while growing up, I was infatuated with her. I found her beautiful, simple and warm, so unlike the socialite she is made out to be. We went out for dinners, it was nothing serious. Mum knew I had a crush on her.”

8. She also admitted that she is an introvert and doesn’t enjoy the limelight, but her job leaves her with no choice.

9. Her friends and family members fondly call her ‘Nandi’.