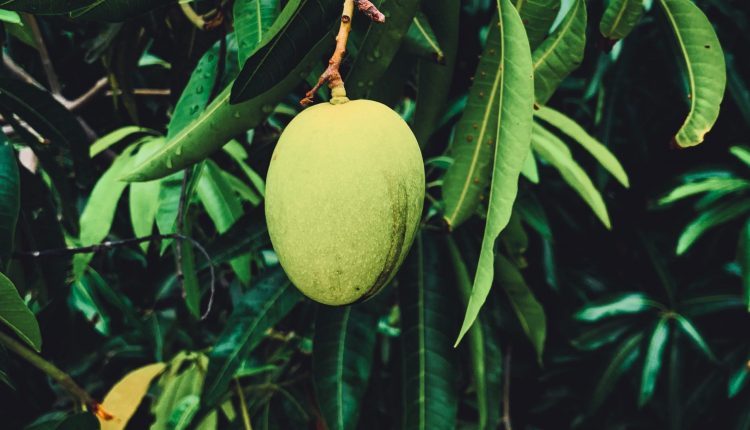 Mango trees across India, but especially in Kerala, appear to be flowering out of season.
SeasonWatch is a group of citizen scientists who observe trees to understand the climate, and stepped in to investigate these irregularities.
They found that trees and climate change are linked – but not in simple ways.

Summertime is synonymous with mangoes across Kerala. Mango trees are expected to begin flowering in December, with many unripe fruits in March or so. April and May is peak mango season.

But recently, there have been inconsistencies in the behaviour of this tree across India and especially in Kerala. Is there a pattern to these events? And why might this be happening?

On August 7, the Intergovernmental Panel on Climate Change released the first installment of its Sixth Assessment Report. The report included stronger evidence than before of climate extremes around the world, as well as a weakening monsoon over Asia. In what way could these be affecting the much-loved mango tree?

SeasonWatch is a group of citizen scientists who observe trees to understand the climate. They stepped in to investigate these irregularities. As part of their project, they observe select trees every week and record whether they are fruiting or flowering. Most of these citizen scientists are school children working under the guidance of their teachers, as part of nature club activities in Kerala.

Can citizen-contributed data help us understand the changing seasonality of the mango?

We began by checking the facts. Are mango trees really flowering and fruiting in different amounts and at unusual times?

There have been multiple anecdotal accounts about mango trees flowering at odd times. Annamma teacher, one of the more consistent SeasonWatchers in Kerala, observed that trees along the roadside, on her commute from home to school in Pathanamthitta, were flowering almost all year round. Prabhakaran sir, another teacher and a naturalist, reported a similar pattern from Kannur this year.

A little beyond Kerala’s borders, Aruna Chelliah reported that 2021 has thus far been strange for mangoes around her home in Madurai as well. “Usually, the heat before the flowering helps, but this year there has been unusual rain,” she said.

We collated observations from Kerala and checked when mango-flowering peaked every year, and what fraction of trees were flowering. But first, we had to ensure the data we were using was suitable for this exercise.

The litmus test of the power of ecological data to make inferences is sample size: we need hundreds of tree observations at each time point. If we fall short, the patterns we see may be different from true patterns. At the weekly scale, some weeks had too few observations, so we grouped observations together to look for patterns at the fortnightly scale – where the sample size became respectable. We saw now that fewer trees were flowering at their peak in 2020 and 2021, and mango trees were flowering slightly earlier over the years.

Now that we had documented these changes, we focused on understanding what could be responsible for them.

Ecological detectives have an arch-nemesis: climate change, a known miscreant in the natural world, changing the behaviour of many species. In Kerala, where the weather is getting hotter and drier, climate is the prime suspect. Mango trees could be responding to these changes in parallel with other common species – but it could well be any number of other reasons. A good ecological detective knows not to jump to conclusions but systematically line up their suspects and eliminate them.

We first suspected the varieties of mango: that is, perhaps the pattern we saw was because our data had different representation from the several varieties every year. Anecdotes suggested that local varieties were behaving oddly as well. “It wasn’t just hybrid varieties that were flowering out of season,” as Prabhakaran sir said. So we decided that mango varieties may not be the prime suspect.

We then wondered whether the pattern was because of geography. Flowering starts in the south and progresses northward. Were trees being observed from different areas every year?

We set out to track the trees digitally. But technological limitations on the ground meant many trees were mapped to wrong locations. Some popped up in the US, in Italy, even in the middle of the ocean, rivalling even the proverbial Malayali tea shop in its dispersal. Using some tools built on Google Maps, we tracked these runaway mango trees and brought them back home.

Once they were located accurately, we confirmed that tree observations ranged over similar areas from year to year. So the pattern couldn’t be because of geography either.

We finally turned our attention to an important suspect, the kingpin of chaos in the world of tropical trees: rainfall. Rainfall can affect tree growth and flowering both immediately and in the long-term. We had to think critically about the time-frames in which rainfall could affect mango-flowering. Were single rainfall events responsible? Or was it the difference in total rainfall between years? Or was mango-flowering in a year influenced by rainfall over a few months leading up to flowering?

We decided to look at total rainfall in the year before flowering, and also to focus on rainfall received over two time periods – the north-east monsoon (October to December), the season immediately before mango-flowering, and the winter rainfall (January and February), during which mango-flowering peaks.

The year 2021 had high rainfall in the winter, during mango-flowering, which probably led to trees dropping their flowers. So far so good. But note that if this were true, a lower-than-average winter rainfall should have been correlated with normal flowering. In 2020, even with low winter rainfall, the flowering also stayed low at 37% – compared to 65% in 2019. We concluded that the patterns in the timing and amount of flowering couldn’t consistently match patterns in rainfall across the years.

So there may be yet other ecological factors that could be affecting mango-flowering.

This is not the eureka moment we had hoped for, but ecological detectives are not deterred by negative results. Instead, we have learned that trees and climate change are linked – but not in simple ways. We know this doesn’t mean that we were wrong to suspect a link between the climate and mango-flowering. Temperature and rainfall affect trees too.

But at a broader scale, our data may just not be strong enough to detect these links consistently. To dig deeper and build nuance into our understanding of trees and climate, we need more ears to the ground and more eyes on the trees.

For queries, please contact sw at seasonwatch dot in or krishna.anujan at gmail dot com.

The post A Malayali Mango Mystery appeared first on The Wire Science.