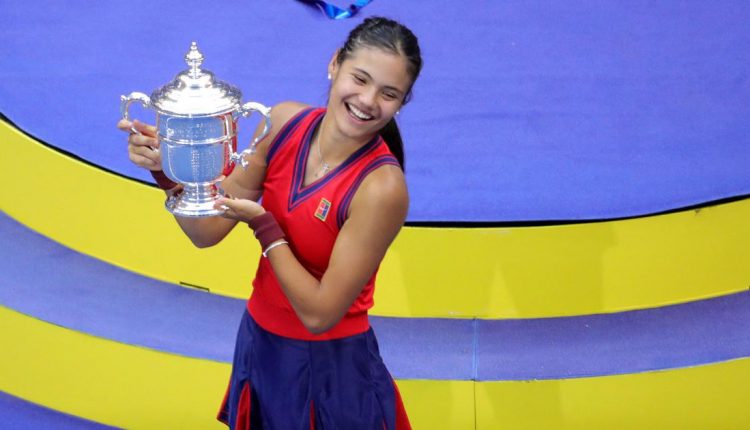 Emma Raducanu fell asleep as a little girl to visions of running through the stands to celebrate a Grand Slam title and lived the moment Saturday after capturing the US Open title.

The British 18-year-old beat 19-year-old Canadian Leylah Fernandez 6-4, 6-3 to become the first qualifier to win a Slam title, rolling through 20 sets without loss to hoist the trophy.

“It’s an absolute dream. You just have visions of yourself going up to the box, hugging everyone, celebrating,” she said. “For that moment to actually happen, I’m just so grateful.”

Her childhood visions returned as her epic run pushed her to becoming the youngest Grand Slam champion in 17 years and the youngest US Open winner since 17-year-old Serena Williams in 1999.

“Going to celebrate with your team, trying to find your way up to the box, just seeing them after the match, that has been playing in my head a couple nights. I’ve fallen asleep to that,” she said.

“To have the belief I did and actually executing, winning a Grand Slam, I can’t believe it.”

Raducanu has adopted a nothing-to-lose attitude and Slam success ensures it won’t change any time soon.

Canals may have created new towns in India, but they haven’t added non-farm jobs: Study

DMK to complain to Governor on assembly happenings: Stalin