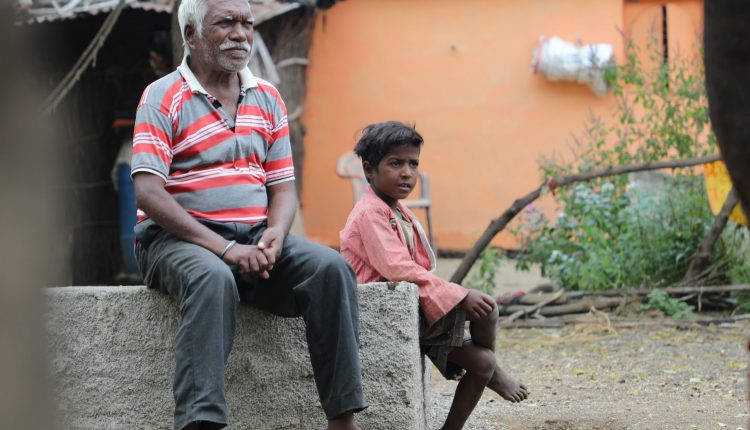 India has an increasing number of diabetes patients, which calls ever more attention to people’s individual choices and lifestyles that render them sick.
However, people’s relationships with others and social forces shape health and their experiences of illness, as well as the incidence of chronic conditions.
“My ethnographic research on care and diabetes among Delhi’s urban poor has found that care has never been a matter of individual choice,” anthropologist Emilija Zabiliūtė writes.

Kalavati1, a woman in her 60s, lives in an urban poor area on Delhi’s margins. She has run out of the insulin she needs to be injecting herself with every day. Every month, she receives a free month’s supply of medication from the All India Institute of Medical Sciences, in the city, after check-ups and tests there.

“I couldn’t go this time,” she tells me. “No one in the family would accompany me.”

Like in many other instances, our conversation about her concerns regarding diabetes turns the subject to her family – the challenges it poses and happiness it provides. The importance of familial relationships in patients’ experience of and care for diabetes poses questions not only about access to healthcare but also about the limitations of medical approaches that focus on self-care and lifestyle when it comes to chronic conditions.

India has an increasing number of diabetes patients, which calls ever more attention to people’s individual choices and lifestyles that leave them sick and make managing their conditions more difficult. However, people’s relationships with others and social forces shape health and their experiences of illness, as well as the incidence of chronic conditions. And if medical practice is to take people’s relationships seriously, it must also beware of stereotyping and pathologising them.

The disease is not new in the Indian subcontinent – it even finds mention in indigenous medical scriptures of Ayurveda – but the number of diagnoses and the attention on chronic conditions have together marked a new era in Indian public health.

In this scenario, practitioners, media persons and policymakers have tended to focus on people’s lifestyles and their self-care practices of self-care3. A complex and obscure category in itself, commentators typically use ‘lifestyle’ to refer to specific habits that people cultivate in their daily lives. The equally multifaceted and ubiquitous term ‘self-care’ – in popular parlance, social science as well as biomedicine – generally refers to what people do to manage their chronic conditions and well-being.

Taken together, lifestyle and self-care are frequently perceived as matters of choice, derived from the exercise of one’s free and rational will, in line with practices that comply with biomedical advice: healthy eating, exercise, self-observation and the correct use of medicines.

However, we must see both self-care and lifestyle choices in the context of social and cultural processes and historically determined socioeconomic structures.

The turn in public health and general medical discourse towards the ever-more-significant chronic conditions is rooted in the widespread acceptance of the fabled epidemiological transition theory. The theory suggests that as countries’ economic development accelerates and their populations’ life-expectancy increases, the principal causes of mortality shift from infectious to chronic illnesses.

There have been multiple critiques of the simplified approach this transition implies. Afflictions like cancer and diabetes have existed alongside multiple infectious diseases for a long time, but the transition itself has a complex history4. In fact, the transition renders the distribution of illnesses more uneven – because it emerges from colonial violence, and economic and racial domination by the Global North and colonial powers5.

Sugar plantations and colonial labour-power management, for example, have resulted in some world populations suffering from diabetes at disproportionately high levels6. Similarly, a theory proposed by Indian doctors suggests that deprivation and maternal malnutrition increase the risk for diabetes7. This idea doesn’t just defy the myth that diabetes is a ‘middle-class disease’ that spares India’s poor from an ‘illness of modernity’; it also exposes a direct link between social and economic conditions and chronic illness.

Another example of the influence of economic and social contexts on people’s lifestyles concerns unhealthy eating habits. It is well-known that food that is considered to be unhealthy from a biomedical perspective is often cheaper, more easily available and aggressively promoted by the processed-foods industry. These facts reveal direct links between lifestyle and self-care on the one hand and social, political and economic forces and the environment on the other. And as such, we can’t reduce the reality of people consuming these foods to individual choices.

There are limits, then, to the extent to which we can determine the importance of lifestyles and choices when talking about the incidence, prevention and care of chronic illnesses.

If lifestyles are determined by social forces, so is care. Thinking of care from beyond the remit of beyond biomedical self-care guidelines, and from the vantage point of social life, serves to widen the narrow approach to chronic illness that blames individuals for poor self-care.

For medical practitioners dealing with chronic-illness patients, a common problem is a non-compliant patient with a chronic condition who does not follow specific self-care guidelines. Concerned with individuals and their singular bodies, self-care advice often disregards how humans are utterly relational beings8. People’s ways of life and practices of care are linked to obligations and dependencies to the significant-others in their lives.

My ethnographic research on care and diabetes among Delhi’s urban poor has found that care has never been a matter of individual choice. Moreover, care has not been limited to practices directly linked to the illness, such as following specific diets, exercising and surveilling blood sugar levels. Instead, care encompassed diverse spheres of life, such as family finances, employment and domestic labour. These families saw many types of everyday activities as a meaningful form of caring for others and for themselves.

In this broad conception of care, self-care in the biomedical sense is only one form of care – and not even the most common one.

For example, women often cited children and families as the reasons for paying attention to their health. At the same time, some said how family obligations leave them with little time to deal with the demands posed by, say, high sugar levels. In the same way, Kalavati depended on her family for her hospital visits. For her family members, the challenges and willingness to attend to her need for assistance depended on how time and financial resources were distributed in the family – and on how this distribution was grounded in moral commitments to each other.

An emphasis on self-care that attributes responsibility to an autonomous individual, then, creates a dissonance between medical advice and patients’ everyday lives. Think, for example, of an elderly woman who worries about who will administer her insulin injections after her daughter is married off and lives elsewhere. Or consider a woman who feels that her diabetes is impossible to control when the family is going through other problems. In all cases, the primary concerns for these women won’t be ‘how to live well with chronic illness’ but ‘how to live well with others’. Illness is woven into their concerns about their relationships.

So how can doctors dealing with people suffering from chronic illnesses make use of the fact that people do things in life not just by making choices as autonomous actors but because they live and share their lives with others? To be sure, medical practitioners don’t completely ignore dilemmas about family care. Research has shown that, in India at least, doctors pay attention to patients’ familial relationships when making diagnoses or defining mental disorders9.

While it is important to acknowledge the importance of social relationships, it is equally crucial not to reduce a patient’s relationships to a simplified schema of social norms and expectations. In India, as in many other places, people hold certain moral ideals about family care; however, they often fall short and are challenged in everyday lives10.

For example, family members don’t always care for each other, even if they wish to, and even if dominant social norms impose expectations on them to do so. But medical practice that pays attention to social relationships risks stereotyping and pathologising them, especially when they don’t comply with societal expectations and moral norms. For medicine, the challenge, then, is to acknowledge patients’ relationships in specific situations, and that their health habits and experiences are shaped by much larger contexts and factors than autonomous will or their degree of compliance to biomedical guidance.

Emilija Zabiliūtė is an anthropologist working on public health, urban poverty and kinship in India. She is based at the University of Copenhagen.

The research for this article was based at the University of Edinburgh, funded by a Marie Marie Sklodowska-Curie fellowship of the European Commission Research Fund (H2020-MSCA-IF-2017, Grant Agreement 798706).

The post India: Why Social Context and Family Relationships Are Important in Diabetes Care appeared first on The Wire Science.

One of the great tennis stories: Reactions to Emma Raducanu’s historic US Open title as qualifier

BREAKING: Dharampal Gulati, owner of MDH, passes away at 98

‘BJP will get its first CM in Jammu & Kashmir…