Decoding insect recipes from across the country 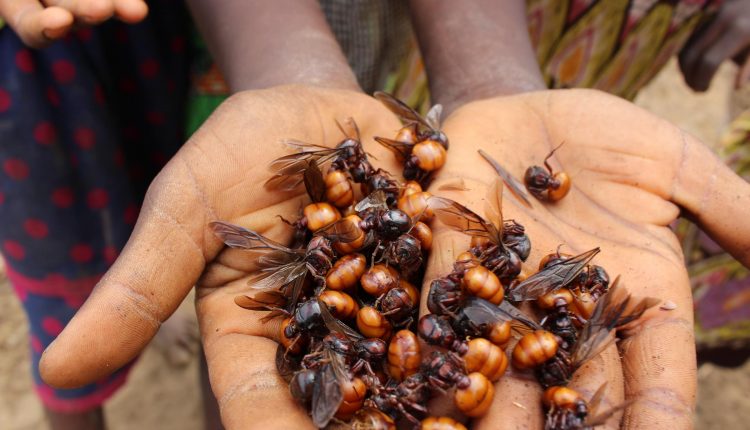 By Sukant Deepak In 2018, while working at Rosie and Peter’s Food Forest in Goa, learning how to grow food using regenerative and resilient systems, she was walking around in the garden one day when she noticed that the cacao fruit was being taken over by a colony of weaver ants. “And we wanted the
The post Decoding insect recipes from across the country appeared first on The Shillong Times.

In 2018, while working at Rosie and Peter’s Food Forest in Goa, learning how to grow food using regenerative and resilient systems, she was walking around in the garden one day when she noticed that the cacao fruit was being taken over by a colony of weaver ants.
“And we wanted the fruit. So as a means of integrated pest management if you will, we decided to eat the ants. There were four of us, one climbed the tree, the others were holding the garbage bag below the ant nest and finally, with a large pair of secateurs, we cut the nest into the bag, ran to the house and put it into the freezer for a couple of hours. Once they were dead, we made chutney, roasted them on a pan and dipped them in chocolate and even made a little ant-tea out of them. Weaver ants are really sour, and that’s my favourite taste profile so I was ecstatic,” smiles Tansha Vohra, a writer on food, culture and sustainability, who has been selected as one of the residents for the Serendipity Arts Residency in Culinary Arts.
Vohra remembers writing a story about the process and wondering why insects weren’t a part of her regular diet. That followed research on who actually eats them regularly. Her research showed that there are several communities that eat insects in India today, but are historically excluded or are on the margins of the national identity for a number of reasons, and so their culture and tradition is not as accessible. “This sparked my curiosity about entomophagy in India and three years later, I get to study and do research first hand,” she says.
In fact, according to the UN FAO document released in 2013, by 2050, there will be nine billion people on this planet with not enough land to feed them all and the animals that they eat.
The report advocated for edible insects as very real future food, given the extensive sustainability metrics of rearing insects vs livestock.
“As I said earlier, a lot of the people who do eat insects in our country are marginalised, and their food is met with disgust or ambivalence. But it is these practices that display the principles of sustainability and regenerative food systems – and we have so much to learn from this,” Vohra says.
Her project, ‘Boochi’, which she says is the most non-scientific classification of all ‘crawley’ things in Kannada, and the first word she learnt to refer to insects with, hopes to archive, document and decode insect recipes from across the country.
Vohra feels that recipes are treasure troves of information as they tell us about taste preferences, seasonality, harvesting methods, gender roles, special equipment/utensils developed, among other things.
“I hope to record this information to help us create resilient food systems for the future. My recipe collaborators are also people who have eaten insects growing up, and I hope that my project gets to give them the mic and let them tell their story and share information with me. I’m just here to ask the questions,” she says.
She hopes to get about 20-30 people to cook with an insect at their own home, share the meal with someone and record the experience.
This will not only serve as a qualitative data point, but also enable each of these people to become agents in this conversation about future food.
“Lastly, I hope to have conversations with insect eaters, chefs, innovators, farmers and thinkers about the place of insects on the Indian plate and palate in the future. Simply, my objective is to really explore how entomophagy can lend itself as a sustainable and resilient source of food for the future,” she adds.
Considering human beings have always eaten insects as there is archaeological evidence of insect foraging tools in South Africa that date back 1.7 million years, Vohra feels that considering the immense nutritional value of doing the same, government agencies need to come forward to propagate the same.
“Absolutely. It is not about eating insects as a delicacy or something ‘crazy’ for your Instagram. This is about providing sufficient nutrition to millions of people in a way that is accessible, equitable and safe. A top-down approach is of the essence here,” she says.
Asked how people in general react when she talks about entomophagy, and Vohra says with laugh, “For the most part, it’s received with very wide eyes. It’s been rather mixed — I’ve got ‘ew, gross, cool, yum’ — the whole spectrum. But now I’m finding more and more people who respond with a ‘hmmm…interesting’.
“Maybe this says more about the people I’m interacting with than the subject itself, but I think there is a real opportunity right now to talk about ‘why insects’.”
Vohra also wants to study urban design and be able to create systems for an urban landscape that considers food, health, safety and happiness to enable cities to be the best version of themselves.

The post Decoding insect recipes from across the country appeared first on The Shillong Times.

Our qualification will unite people back home: Iraq football…