Even as UP Pushes for EVs, Vast Majority Persist With Lead-Acid Batteries 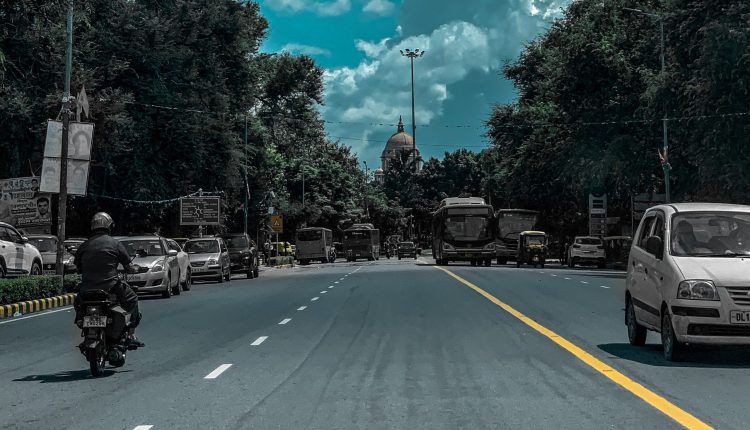 Uttar Pradesh has a policy to increase demand for and incentivise the use of electric vehicles.
While the policy focuses on vehicles with lithium-ion batteries, it doesn’t help consumers move away from vehicles using lead-acid batteries, which are cheaper.
Lead-acid batteries are less performant, and lead is highly damaging both to the environment and to health.

Lucknow: Uttar Pradesh hosts some of the world’s most polluted cities within its borders, so the state government, with a view to tackling the air-quality crisis, recently placed an order for 700 electric buses, together with initiating a slew of measures to reduce vehicular emissions.

Electric vehicles (EVs), even the relative few that are currently in use around the country, enjoy a good reputation for their lower emissions. (However, their use calls into question pollution at the sources of power generation.)

Uttar Pradesh has 2.32 lakh registered EVs. While this is the highest in absolute terms – not surprising considering the state is India’s most populous – it is third after Delhi and Uttarakhand in terms of the fraction of all registered vehicles.

These numbers come from a report that the Gujarat Energy Research and Management Institute (GERMI) put together. GERMI is an energy sector think-tank promoted by the Gujarat State Petroleum Corporation Ltd.

The same report also says Uttar Pradesh has a little over 7,000 vehicles registered under the second phase of the Faster Adoption and Manufacturing of EVs in India policy – a.k.a. FAME II. Under this policy, only vehicles that have been fit “with advanced chemistry batteries, meeting the minimum technical criteria, and registered as ‘motor vehicle’” under the Central Motor Vehicles Rules 1989 “shall be eligible for incentives under this scheme”.

FAME II increases the demand incentive for electric two-wheelers to Rs 15,000/kWh (with an increase in cap to 40% of vehicle cost). Its implementation period is five years, beginning from April 1, 2019, with a total allocation of Rs 10,000 crore.

In a departure from the first phase of its implementation, FAME II excludes vehicles powered by lead-acid batteries from its ambit, in a bid to help makers of lithium-ion batteries. Effectively, only high-speed EVs fit with lithium-ion batteries are eligible for subsidies under FAME II. And a vehicle is automatically registered for FAME II incentives at the time of purchase, if it is eligible.

This means only 7,000-something of Uttar Pradesh’s 2.32 lakh EVs are running on lithium-ion batteries; the rest use lead-acid batteries.

An important problem, according to policy experts, is that lithium-ion batteries are more expensive, but Uttar Pradesh doesn’t currently offer monetary incentives for vehicle-buyers to switch away from vehicles using lead-acid batteries. Experts also said the state hasn’t been checking the sale of lead-acid batteries either.

As a result, while more and more vehicles on Uttar Pradesh’s roads are EVs, a very small number of them use the more performant, less harmful battery.

Ojha, of GERMI, also said, “Lead is a known industrial pollutant and is an environmental hazard. It can be recycled but that has to be done with extreme care.”

According to the WHO, around 85% of the world’s lead consumption is for lead-acid batteries. The body also holds that lead recycling is an important source of environmental contamination and human exposure in many countries where it is poorly regulated.

A UNICEF report published in July 2020 said that fully one-third of all children around the world could “have blood lead levels at or above 5 micrograms per deciliter (µg/dL), the level at which action is required. Nearly half of these children live in South Asia.”

Uttar Pradesh’s EV policy says that the state “aims to develop a management ecosystem for electric car batteries from production to disposal”. But the number of lead-acid batteries in use and an ineffectual policy ecosystem that is currently doing little to pull consumers towards lithium-ion batteries instead spells a big gap between theory and practice.

Ajay Kumar Sharma, member-secretary of the state pollution control board, said, however, that he doesn’t “look at it as a problem. We have a complete set of [standard operating procedures] and infrastructure in place to recycle these batteries.”

However, he didn’t say whether the state’s pollution management policies would extend beyond the EV business. While lead-acid batteries are recyclable to the tune of 99%, lead exposure takes place right from the start of the mining process, until each battery has been fully recycled.

“There could be other reasons” for a lack of vehicles with lithium-ion batteries in Uttar Pradesh “but lack of a straightforward subsidy promoting the sale of EVs could be a major reason,” said Pooja Ojha, a project officer with GERMI.

According to Uttar Pradesh transport minister Ashok Katariya, the state already exempts electric two-wheelers from the vehicle registration fee and road tax, and exempts other EVs from 75% of the road tax, manufactured locally. But EV makers think it can do more.

“It would be nice if there is a straightforward subsidy by the state government to promote better battery technologies,” Jai Bhagwan Goel, chairman of the EV Manufacturers’ Welfare Trust, said. “It will only encourage buyers and work well for the environment.”

Even the additional chief secretary, infrastructure and industrial development, Arvind Kumar, said, “We do incentivise the process for buyers via tax exemptions for locally manufactured EVs, but the challenge is that as of now there’s not much local manufacturing here in UP and that could be a reason for dismal numbers under FAME II.”

Aarti Khosla, director of a climate communication initiative called Climate Trends, said an “essential” first step for the government would be to “subsidise lithium-ion e-rickshaws”. This, she continued, “would make them affordable to e-rickshaw buyers. To do this, the state could match the per-kW subsidy made available under FAME II and also set up dedicated battery-recycling centres to lower their life-cycle impact.”

The government is already planning to set up an ‘EV city’ near the Jewar Airport, in Greater Noida, for at least 50 e-rickshaw manufacturers to operate in. The Yamuna Expressway Industrial Development Authority has said it will provide 100 acres of land to this end.

Nishant Saxena is a Lucknow-based science communications professional and a journalist with over 15 years of experience.

The post Even as UP Pushes for EVs, Vast Majority Persist With Lead-Acid Batteries appeared first on The Wire Science.

Mark My Words: These Are the 5 Most Wearable Trends for Fall

Nadal advances to third round of Montreal Masters