Did Nature Make a Brief Comeback During COVID Lockdowns? Not Exactly. 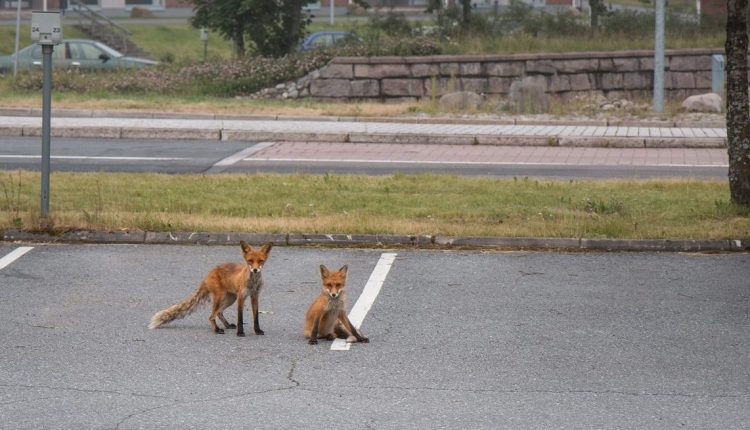 Several new studies have tried to tally up the costs and benefits to the environment as a result of lockdowns around the world last year in response to the COVID-19 pandemic.
One study showed that emissions of indirect greenhouse gases like CO and NO2 decreased significantly, but one of its authors says it won’t have much impact over the long term.
In India, researchers concluded there were more negatives than positives for the environment, including a surge in the use of plastic packaging and PPE.

When the world went on lockdown, nature got a reprieve, or so it seemed. Dolphins swam in the Hudson River, Los Angeles’ famed smog dissipated, and wild animals were reportedly reclaiming cities. The narrative presented in the media was clear: the COVID-19 lockdowns last year allowed nature and the environment a temporary reprieve. But how much did lockdown really impact air pollution and greenhouse gas emissions? And did animals actually move back into cities?

A year later, researchers around the world are examining data from the lockdowns and publishing their findings. Did the natural world really make a brief comeback during lockdown? The answer is complicated.

“The pandemic is bad. It’s causing a lot of troubles for humankind,” said Phil Yang, a geospatial scientist and professor of geographic information science at George Mason University. “But on the other side, this experiment is helping us to be able to observe how human activities have been impacting the earth, the environment and climate change.”

Screengrab from a viral video of a civet cat roaming the streets of Kerala in March 2020, during the lockdown.

For his part, Yang looked at air quality in California before COVID-19 and during lockdowns, publishing his results in the journal Science of the Total Environment.

He and his multidisciplinary team at George Mason University studied concentrations of nitrogen dioxide, carbon monoxide (both of which are indirect greenhouse gases) and particulate matter, during the initial California COVID-19 lockdown that lasted nearly three months, from March 19 to May 7.

The researchers found that both nitrogen dioxide (NO2) and carbon monoxide (CO) concentrations dropped significantly during the initial COVID-19 lockdown, when compared to the same period for the five years prior. Particulate matter initially dropped as well, before increasing significantly toward the end of the study due to California’s historic 2020 wildfires.

In previous years, concentrations of both CO and NO2 have dropped during the same period as covered in Yang’s study due to seasonal changes, by an average of 24% and 22%, respectively. But the drops during the lockdown were much sharper.

Globally, direct greenhouse gas emissions also declined. Carbon dioxide (CO2) emissions dropped by 2.4 billion metric tons, or down 7% from 2019, according to a study published in Earth System Science Data in December 2020. This represents the biggest annual drop in CO2 emissions ever recorded in modern times.

Yang said he doesn’t believe this short-term drop in greenhouse gas emissions will contribute toward solving climate change in the long term. However, it has given scientists a new way to confirm something already known: that human activity is causing climate change.

Water in the Yamuna looks cleaner as factories are shut down during the nationwide lockdown in New Delhi, April 5, 2020. Photo: PTI/Manvender Vashist

Lockdowns proved that when human activity tapered off, so did greenhouse gas emissions. From a research perspective, it wouldn’t have been feasible to ask an entire state, let alone the world, to enter lockdown for more than two months. But the onset of the COVID-19 pandemic presented a unique situation.

“We cannot do this type of experiment without the pandemic,” Yang said.

Reut Vardi, a doctoral student pursuing a degree in urbanization at Ben-Gurion University of the Negev in Israel, also took the unique opportunity presented by lockdowns to study the absence of human activity.

In her 2021 study in Biological Conservation, she tested the claim that animals reclaimed cities during lockdown. In contrast with the media’s narrative in the early months of the pandemic, Vardi found little evidence of animals invading cities.

“We do have nature in our cities … but suddenly COVID has seemed to shine a spotlight on it because people have more time,” Vardi said.

She said she suspects that with more free time during lockdowns, people were simply noticing already existing wildlife populations for the first time.

Vardi used data from iNaturalist, a nature spotting and reporting app, to compare animal sighting data pre-COVID-19 and during the initial lockdowns in North America, from March to July of last year.

A fox in London city in May 2020. Reut Vardi suspects that with more free time during lockdowns, people were simply noticing already existing wildlife populations for the first time. Photo: Teseum/Flickr CC BY-NC 2.0

Vardi and her team indeed found that these animals were exploring new areas during lockdowns — but not in the way portrayed in early news stories. Using night light as a proxy for urbanisation, Vardi found that the animals were actually venturing out in more rural areas.

The only animal that increased its exploration of urban areas was the puma, which Vardi attributes to the cat’s shy nature. Because pumas are usually very wary of humans, the lack of human activity may have encouraged them to explore deeper into urbanised areas at a greater rate than other wildlife.

“It’s more complex than what the media is trying to say. It’s not, we go in so the animals come out to play. Nature is all over the city and we do need to notice,” Vardi said. “I think the great thing COVID did was to … help us understand that we need to manage this situation and design our cities in a better way, that can allow for coexistence.”

The only animal that increased its exploration of urban areas was the shy puma which took advantage of the empty cities to explore deeper. Photo: USFWS/Pixnio. CC0

So while lockdown helped tamp down emissions, they didn’t move the needle on wildlife as much as reported. What, then, was the total impact on the environment? A team of scientists in India has weighed the potential positive and negative impacts of COVID-19 in a study in Environmental Sustainability.

The study also raised concerns over medical equipment disposal, reporting that at one point, the city of Wuhan, ground zero of the outbreak, was producing an extra 240 tons of medical waste per day. Compounding the issue is the fact that personal protective equipment (PPE) is commonly made of single-use plastic, potentially leading to a rise in plastic pollution.

Another potential hazard, detailed in the paper, is the rise in soap use. If released into streams, rivers or lakes, soap creates a layer of foam on the water. The foam stops vital re-aeration for aquatic plants by 40% and prevents algae growth that’s vital to local ecosystems.

“Although a few positive impacts of COVID-19 on the environment were seen, these were the short-term effects induced largely by nation-wide lockdown,” the study says. “Indeed, the pandemic is expected to pose long-term adverse effects on the environment in future.”

While lockdown helped tamp down emissions, demand for plastic packaging materials increased significantly and there was an increase in medical equipment disposal. Photo: Antoine GIRET/Unsplash

Nevertheless, a number of conservationists say the COVID-19 pandemic holds lessons for society.

“COVID-19 came from an animal, in large part because of humans’ destruction to ecosystems,” said Rachel Golden Kroner, an environmental governance fellow at Conservation International. “Situating humans as part of nature helps us think more holistically about our impacts.”

Kroner said she noticed increased conservation efforts and interest from the public, the private sector and the government during this period.

“[People need to] keep that going, but in real ways. Follow up this commitment with real actions,” she added.

She said a lot of this action comes down to passing legislation and increasing environmental funding, which in both cases the average person may feel they have little capacity to change.

“It’s that dichotomy, maybe a false dichotomy, about individual versus collective solutions,” Kroner said. “As an individual, we can tap into making change at the collective level. We are all voters, we are all citizens, we all have representatives that we can elect, advocate to, call, write letters and make our voices heard. Make it known that we care.”

Beyond this, Kroner suggested something less formal: simply talking to friends and family about climate change, threats to our environment, and ways they can reduce their impact and get involved.

This article was originally published on Mongabay and has been republished under a Creative Commons license.

The post Did Nature Make a Brief Comeback During COVID Lockdowns? Not Exactly. appeared first on The Wire Science.

Russia to supply nuclear fuel to US