Why India Needs a Climate-Resilient Action Plan For Its Drylands 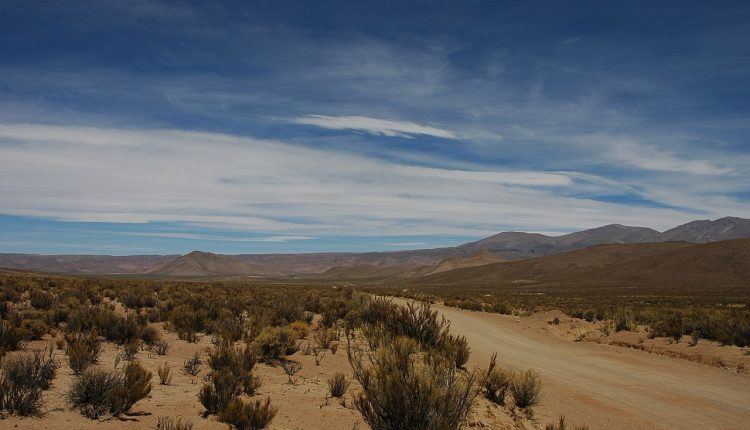 A dryland is defined by its ratio of average annual precipitation to potential evapotranspiration being lower than 0.65.
When land degradation occurs in the drylands, it is called desertification – which is a destructive form of land-based disaster.
Drylands are degraded across continents due to over-cultivation, overgrazing, deforestation, poor irrigation and rising temperatures.

In July 2021, Prime Minister Narendra Modi said India is committed to restore 26 million hectares of degraded land by 2030 to achieve Land Degradation Neutrality (LDN), as part of global commitments. To date, over 120 countries have committed to setting LDN targets. More than 80 have already set their targets, and many of the others have secured high-level government commitment to achieve LDN.

Land degradation is a major problem faced by drylands across the world. Drylands have been characterised by a combination of low precipitation, frequent  droughts and heatwaves and less organic matter in soil as well as human activities such as firewood collection, livestock grazing, the collection of wood and non-wood forest products and farming. Dryland soils tend to be vulnerable to wind and water erosion, subject to intensive mineral weathering, and of low fertility (due to the low content of organic matter in the topsoil).

The UN Environment Programme defines drylands according to an aridity index, which is the ratio between average annual precipitation and potential evapotranspiration. Drylands are lands with an aridity index of less than 0.65. In India, drylands are mostly located in areas with the annual rainfall between 500-1,100 mm with no regular irrigation facilities like canal and groundwater, although these lands may get one or two supplementary irrigation from water harvest structures like check dams, farm ponds.

When land degradation occurs in the drylands, it is called desertification, which is one of the most destructive disasters in drylands, damaging crops and livestock, and trapping millions of people in poverty. The severity and frequency of the droughts also increase with land degradation in drylands. The global economic losses recorded from drought disasters from 1900 to 2013 totalled $135 billion, according to the Global Land Outlook report. A recent World Bank report estimates that if no action is taken, more than 143 million people could be displaced by 2050 due to desertification. The association between land degradation, poverty, and hunger was established by the Food and Agricultural Organisation and World Bank studies, and hence they need to be addressed simultaneously.

Today, the pace of land degradation is 30-35 times the historical rate. More than 250 million people are directly affected by desertification, with another 1 billion at risk. Some 70% of the world’s drylands (two billion hectares) are degraded, as against 24% of the land globally. Twelve million hectares are lost every year due to drought and desertification, resulting in the loss of 20 million tonnes of food grains, equivalent to about $400 billion.

Drylands are degraded across continents due to over-cultivation, overgrazing, deforestation, poor irrigation and rising temperatures. Misguided priorities and policies based on the success of ‘green revolution’ technologies, which are ‘high input, high output’, in humid areas may not be suitable in the drylands.

The dryland ecosystem is different: it has a sparse population with a short growing period of crops, ranging from three to four months, which depends on uncertain rainfall. Drylands are exposed to frequent droughts, delayed onset of monsoon rains or mid-season droughts or even early withdrawal of monsoon rains. So, there is high probability of crop failures, in such cases only livelihoods options are growing short duration drought tolerant crops like millets, short duration pulses and oilseeds and growing of small ruminants like goats and sheep, which can feed on vegetative growth of botched crops or on community lands.

Most drylands are either community-owned or maintained by the community, unlike wetlands which are privately owned and intensively cultivated. Hence, the development of innovative dryland systems should be based on an understanding of the local problems by local communities. Bringing together all the stakeholders is crucial for enhancing livelihoods and incomes, rather than forcing expert “umbrella solutions.” The solutions need to have built-in feedback loops, ample opportunities to tinker and learn from the implementation for mid-course corrections, and community participation.

Only 17 countries currently have national drought policies based on the principle of risk reduction. The national policies should broadly specify the roles of the national, provincial and local governments, as well as community institutions, with greater flexibility to local adaptation. Although drought-resilient and drought mitigation and adaptation strategies need to be used synergistically, investment in drought resilient technologies like water harvest structures is more cost-effective, rather than in drought mitigation and adaptation strategies.

Drought risk mitigation strategies like early warning systems and increasing off-farm incomes need to be emphasised even during the non-drought periods so that mitigations should be built in their livelihoods. During the drought periods, drought adoption strategies like emergency relief like providing employment under employment guarantee schemes like MGNREGA and intensifying of non-farm income sources need to be taken up. Although many countries are using drought plans, they fall short in transforming these into action points.

Overall, the problems related to drylands are complex, and their severity is increasing with climate change. Increasing farm and off-farm incomes, encouraging climate-resilient technologies like soil and water conservation technologies, solar and wind power plants, and ecotourism in drylands can help in achieving the Sustainable Development Goals of land degradation neutrality, no poverty, zero hunger and climate action.

The post Why India Needs a Climate-Resilient Action Plan For Its Drylands appeared first on The Wire Science.

‘You can’t manage him like that’: Ex-PSG star Anelka claims Messi ‘will not forget’ shock sub, expects ‘very difficult’…

TikTok launches guide on US elections to protect users from…

Job applications of many Gen Z aspirants rejected or…