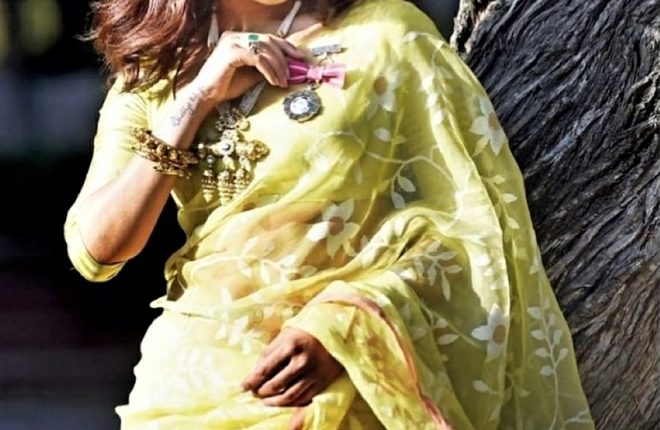 Kanjeevaram from Tamil Nadu, Ikat from Odisha, Kalamkari from Andhra Pradesh, Banarasi brocade work from UP, Bandhani and Patan Patola from Gujarat, Bagalpuri silk from Biharhellip; Indian handlooms are a symbol of our rich culture and heritage. As we mark the 6th National Handloom Day today, known designers delve into the history and transformation of Indian textiles.

Going back to the Indus Valley Civilisation, our handlooms were exported to far and near countries via the silk route. Based on a self-sustained model in the village system, every village had its own weavers and spinners and everything was hand-spun and woven. “The textiles woven in different clusters and geographic locations slowly started creating a strong identity that was influenced by the culture, yarn availability and customs of that region,” explains designer Anavila Misra.

Another designer, Archana Janju, admits the handloom industry has survived for centuries, passing down skills from one generation to the other. “Fragments of Indian weaves were found in the remains of Harappa civilization, in Mohenjodaro. This indicates that the weaving style began in the Vedic age. We can find them in the poems, dohas and inscriptions on Indian temples and monuments. The art of creating the Indian handloom fabrics is an age-old traditional technique that has merged with contemporary style and modern aesthetics without losing its authenticity.”

Although there was a period of long struggle until a few years ago, the industry has awakened. “Modernising and reinventing Indian textiles has helped in reinstating its glory. The idea of using traditional handlooms to create contemporary designs was a game-changer,” says Ujjawal Dubey from the brand Antar Agni.

Amalgamation adds beauty and value to the fabric

Merging textiles such as Chanderi, Kanchipuram, Banarasi, Paithani, Bandhani with embroidery techniques like gota-work, mirror-work, aari-taari and thread-work, Archana Janju feels this amalgamation adds beauty and value to the fabric. Talking about her personal favourites, Archana shares, “I have always been fond of Chanderi from Madhya Pradesh for its simplicity, transparency and beautiful texture, Kanchipuram from Tamil Nadu for its vibrant colour and eye-catching motifs, Banarasi from Uttar Pradesh for its elegance and sophistication, Paithani from Maharashtra for its richness, Bandhani from Rajasthan and Gujarat for its unique colours.” For creating garments under his label, Ujjawal says he loves working with natural fabrics. “We make use of the Malkha fabric that is sourced from Andhra Pradesh and we have collaborated with many master weavers from Bhagalpur and Meerut. Apart from this, we get almost 70 per cent of our fabrics made from craft clusters like Maheshwar, Meerut, Bhagalpur and Andhra Pradesh.”

These designers believe textile heritage that we Indians possess deserves immense respect. “Handlooms are not important just because of the cultural connotations, but also play a very important role in the country’s economy. The sector provides employment to more than 4.3 million people,” says Anavila. For Ujjawal, Indian handloom is something that we should celebrate and take pride in, “It has countless possibilities. It is a skill that adds to India’s identity globally. While the fashion industry is moving towards its sustainable roots, we need to realise how much the handlooms need to be preserved.” And according to Archana, the best way to celebrate Indian handloom and handicrafts is to learn and spread the knowledge. “You can begin with exploring clusters near your city where the products are handmade, so that you see the tedious process and buy directly from the artisans. Buy and wear handlooms as much as possible so that the artisans are motivated to work and produce exquisite designs.”