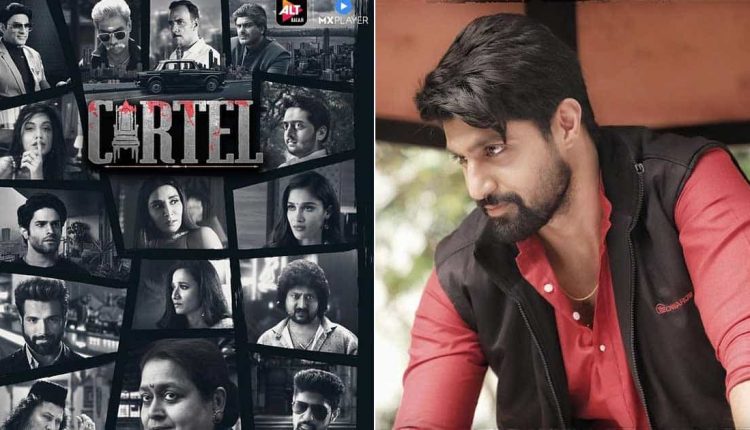 Actor Tanuj Virwani, who will soon be seen in the series ‘Cartel’, recalls the time when he sustained multiple fractures during the shoot. However, the team and he came up with a way to keep going.

In September 2019, the team started production and within the first 10 days, Tanuj injured his hand gravely.

“I broke it in four places. I sustained four hairline fractures while playing cricket. I was so heartbroken because I didn’t know how to continue doing the show. It’s not the kind of story where standing around saying dialogues makes the cut. Landing punches, firing weapons is crucial to the character. I couldn’t wear a cast because it would be a major continuity jerk,” Tanuj tells IANS.

Divyanka Tripathi Reacts To Trolls Targeting Her Over ‘Sarcastic Comments’ On Sourabh Raaj Jain: “There’s More To What You See On TV”

He further elaborates: “So we came up with a customised cast which I wore in between takes and would be off it when in front of the camera.”

Cartel, which will release on August 20, is a show starring over 138 actors. Tanuj knew that he had to match up to everyone’s energy and experience to give the best outcome.

“I knew I had to match up to the names on the cast and I wasn’t willing to give it anything lesser than my very best. I knew I had to power through, so I put my best foot forward. Despite the physical pain I endured, it gave me memories of a lifetime,” he says.

The actor plays a character named Arjun in the series.

Balika Vadhu 2: New Anandi’s Story Will Be Based On Nooks & Corners Of Gujarat Where Girls Are Still Fighting Child Marriage