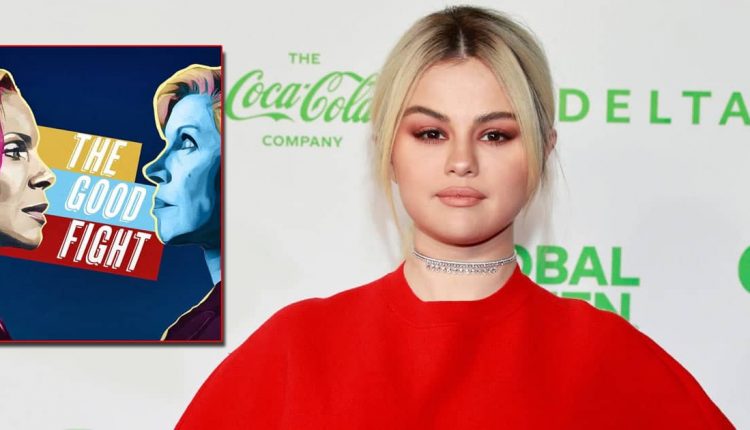 Selena Gomez has been brave enough to come forward with her health issues. The pop singer went through a life-changing phase when she was diagnosed with Lupus. Owing to her deteriorating health condition, she had to go through a kidney transplant and it was her friend, Francia Raisa, who donated her kidney to the beauty. The Good Fight Makers have now mocked the sensitive issue and of course, it hasn’t gone well with the Rare singer.

For those who are unaware of the incident, there’s an episode in Season 5 of The Good Fight Makers that witnesses the characters discussing insensitive jokes and ‘cancel culture.’ The creative team even took an indirect dig when they said that comedians “need a permission slip to tell a joke.”

Things took an ugly turn when the character brainstormed ideas that could be off-limit. The list included necrophilia, autism and “Selena Gomez’s kidney transplant.” As soon as the episode came to notice, Selenators took to Twitter and began trending ‘Respect Selena Gomez.’

When Millie Bobby Brown Was Paid A Whopping Amount Of Salary For Stranger Things 3
Jennifer Aniston Reacts To Her TikTok Doppelgänger & Says, “It Freaked Me Out, She’s Not Exactly Like Me”

Many fans slammed The Good Fight makers for their insensitive writing. Selena Gomez broke her silence too as she wrote, “I am not sure how writing jokes about organ transplants for television shows has become a thing but sadly it has apparently. I hope in the next writer’s room when one of these tasteless jokes are presented it’s called out immediately and doesn’t make it on air.”

Selena thanked her fans for their support and continued, “My fans always have my back. LOVE YOU.”

My fans always have my back. LOVE YOU. If you are able to please sign up to be an organ donor https://t.co/4GSEiHEfEf

This truly was an insensitive move by the show makers. But this isn’t the first time Selena Gomez has been dragged into something like this. Previously, it was Saved By The Bell reboot who pulled off this stunt and was at the receiving end of a backlash.

Must Read: Ellen Pompeo On Returning To Acting: “I Have No Desire To Go Sit In Trailers At 11 O’Clock At Night”

The post Selena Gomez Slams Tasteless Joke On Her Kidney Transplant By The Good Fight Makers, Here’s What Happened! appeared first on Koimoi.

Want all of us to be in same mindset: Kohli to his team…