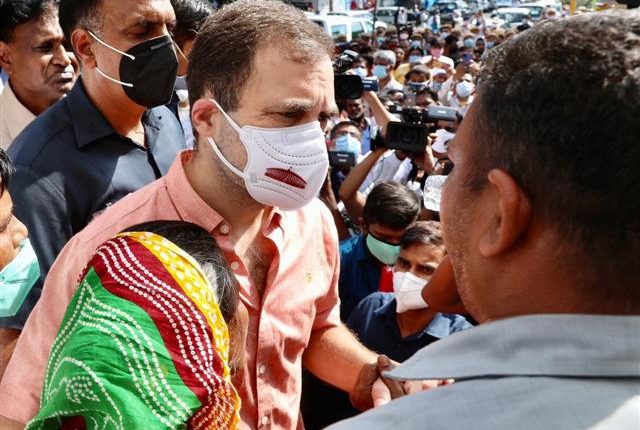 The apex child rights body NCPCR has sought a detailed action taken report from the Delhi Police in the alleged rape and murder of a nine-year-old Dalit girl in southwest Delhi.

The Dalit girl died under suspicious circumstances, even as her parents alleged that she was raped and her body was forcibly cremated by a crematorium’s priest, according to police.

In a letter to the Deputy Commissioner of Police of southwest Delhi, the National Commission for Protection of Child Rights (NCPCR) asked for a detailed action taken report in the matter.

“You are requested to conduct an inquiry into the matter ensuring that victim’s identity is not disclosed during the process of investigation and furnish a detail report of the case along with the following documents within 48 hours,” the letter issued on Tuesday said.

The details sought are age proof of the victim, true and legible copy of FIR, copy of autopsy report, action taken against the alleged accused named in the FIR and copy of charge sheet.

Congress leader Rahul Gandhi on Wednesday met the family girl and asserted that he is with them on the path to justice and “will not back down even an inch”.

After meeting the victim’s family, the former Congress chief said the family is demanding nothing but justice and is saying that they are not getting it and need all the assistance in this.

“I told them that Rahul Gandhi is standing with them till they get justice and will not back down even an inch,” he told reporters after meeting the parents of the victim.

Asked with whom does the responsibility lie in the case, Gandhi said, “I only know that it is my job to help them.”

Later, in a tweet in Hindi, he said, “Her parents’ tears are saying only one thing – their daughter, the daughter of this country, deserves justice. And I am with them on this path to justice.”

SC rejects J. Reddy’s plea to campaign in Bellary for…