‘It’s A Good Film, Kar Le’, Aamir Once Went To Hrithik’s House To Convince Him For A Movie 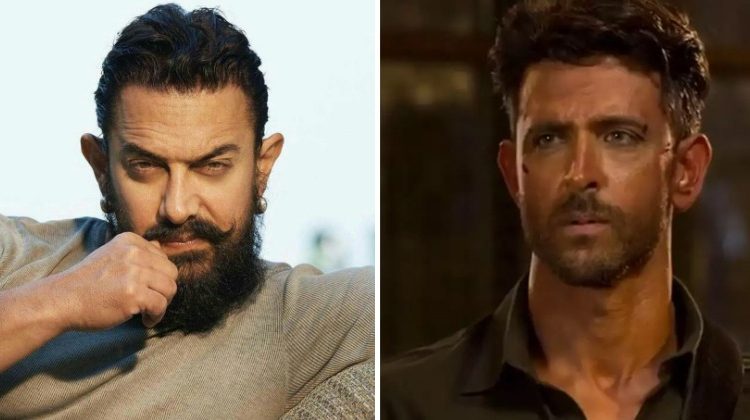 Rakeysh Omprakash Mehra, the director of Rang De Basanti, recently released his autobiography, The Stranger In The Mirror, which has several confessions by the director.

Very recently, even R Madhavan spoke about his kiss with Soha Ali Khan in Rang De Basanti, which is also part of the book. The actor was downright terrified, thinking about Soha’s brother, Saif Ali Khan, as they were once rivals in Rehnaa Hai Terre Dil Mein.

Apart from that, we recently also got to know that even Daniel Craig had auditioned for the film.

For the role of Karan Singhania, Rakeysh mentioned that Aamir Khan personally approached Hrithik Roshan and tried to convince him.

The director spoke in detail about the challenges he went through while making Rang De Basanti, a cult classic and definitely one of the finest works of Rakeysh Omprakash.

But when it came to looking for someone suitable for the role of Karan Singhania, Rakeysh found himself in a soup when several actors turned down the job.

He said in his book that actors including Abhishek Bachchan, Farhan Akhtar and Hrithik Roshan were asked to essay the role.

He wrote, “Every known actor kept declining the role to play Karan Singhania. I had first offered it to Farhan Akhtar. This was a time when he had never acted in a film before and was one of the most respected young directors. He was both surprised and amused. When I narrated it to Abhishek, he told me point-blank, ‘I thought you are crazy but after hearing your narration I think you are completely nuts,”

He further mentioned, “I requested Aamir to put in a word with Hrithik Roshan. Aamir even went to Hrithik’s house. ‘It’s a good film—kar le’ (do it). But it wasn’t meant to be. Finally, Siddharth signed on the dotted line in January 2005, one month before the shoot. He had never done a Hindi film before. Bharathi had seen the Tamil film Boys, starring Siddharth, a couple of months before the shoot, and his energy and unique combination of innocence and naivety came through.”

He also said Karan’s character blended well with Siddharth. Luckily, the senior actors agreed to do the smaller parts, including Kirron Kher, Mohan Agashe, Om Puri, Anupam Kher, K.K Raina etc. These actors knew their craft well and became a dependable unit, and that’s how the movie was made.

He wanted him to be a part of the movie so badly that he flew to the US to convince him when SRK was shooting for Swades. But it didn’t work out due to SRK’s packed schedule. So, the role, eventually, went to R Madhavan.

Rap star Honey Singh’s wife files a domestic violence case against him, Sing is expected to reply by Aug 28

Ruckus in Uttar Pradesh hospital after cop dies of Covid-19,…