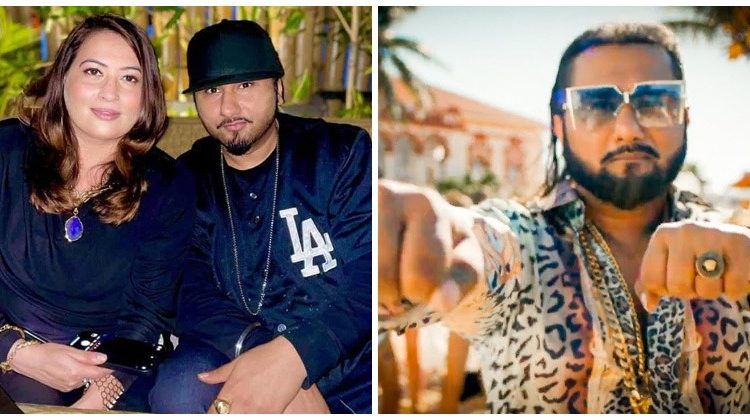 Pardon my upcoming sarcasm here, but you know, the funny thing about domestic violence is that it lurks around and among us every day, and yet, we are blissfully unaware of its traces.

It could be happening with your next-door neighbour, the house-help who’s suddenly started limping, your best friend who’s lately been seeming a little too off,  your own parents or like in this case – with the wife of a well-known and reputed singer of the Bollywood industry, Yo Yo Honey Singh.

As of yesterday, the singer who is famous for dropping songs like ‘Makhna’ and ‘Love dose’ has had a case filed against himself by his wife, Shalini Talwar who has accused Honey Singh aka Hirdesh Singh for emotionally, mentally and physically abusing her.

Case filed against Bollywood singer & actor ‘Yo Yo Honey Singh (Hirdesh Singh) by his wife Shalini Talwar under the Protection of Women from Domestic Violence Act. Delhi’s Tis Hazari Court has issued notice to the singer and sought his response over it

The case has been filed under the Protection of Women from Domestic Violence Act and the Tis Hazari Court in Delhi has already issued a notice to the singer, seeking his response on the matter.

The complaint filed doesn’t just accuse Honey Singh but also his parents and as per the reports Shalini is, “seeking protection orders and other reliefs against the atrocities committed by the Respondents.”

The plea also stated that, “the applicant is constantly living under fear as the respondents have threatened her of physical harm.” Further to which it mentioned, “The entire events as stated evidently show that the Respondents have indulged in cruelty, physical, mental, sexual, economic, and have tortured the Applicant’s wife immensely. As such the Applicant’s wife is entitled to a compensation of ₹ 20 crores from the Respondents.”

Shalini Talwar, who recently marked her 10th wedding anniversary with Singh, mentioned how soon after his career took off in the industry, the rapper became “rude, brash, aggressive, contemptuous and disrespectful” towards his wife.

Accusing him of sleeping with multiple women, removing his wedding band, refusing to take her on signing trips and even abusing her physically and verbally, Shalini Talwar mentioned how it all began back in 2011 during their honeymoon in Mauritius.

As of now, Chief Metropolitan Magistrate at Tis Hazari court Tania Singh has passed interim orders in favour of the complainant, wife of singer, restraining Honey Singh from disposing of his jointly owned property and his wife’s Stridhan.

Meanwhile, the ‘Sunny sunny’ singer has already started receiving a lot of shade on the internet as people stand divided on the matter. While most are trolling the singer, others are dialling back to the traces of his toxic masculinity that has been apparent through his songs over the years.

Yo Yo Honey singh has been accused of Infidelity and Domestic Violence by his wife.

Normalize Wife beaters to be socially and financially boycotted.

Guess who was the subject of Volume 1??

Honey Singh is yet to comment on the matter but until then, social media has already started to take sides and build its own narrative.

While some are in support and others are in shock, we are still waiting to hear his side of the story.

‘The Sky Is Pink’ very special for Priyanka…