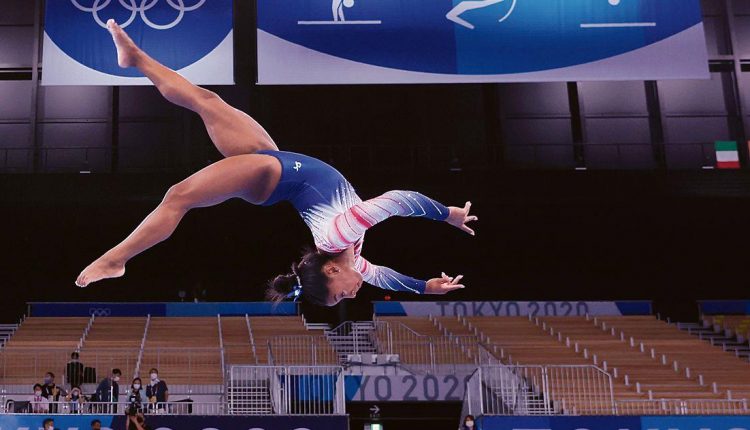 Simone Biles was always expected to be a headliner coming into the Games predicted to top her medal haul from Rio and become one of the most decorated female Olympians of all time. Instead, the script changed dramatically. Ultimately, today, she won one bronze on beam, along with a team silver.

Spain to meet Brazil in final

Marco Asensio struck in an extra-time winner as Spain ended Japan’s hopes of gold in men’s football with a 1-0 (aet) victory, setting up a clash with Brazil in Saturday’s final. Defending champions Brazil beat Mexico 4-1 on penalties.

A matter of record

Elaine Thompson-Herah completed a second successive sprint double, Karsten Warholm (above) won the 400m hurdles with an astonishing world record and American teenager Mu Athing crushed the 800m on an incredible day. World record holder Anita Wlodarczyk (below) was the dominant force in the hammer circle and her throw of 78.48m made the Pole the first woman to win an Olympics athletics event three times in a row. Agencies

Nottingham: The toughest four months of Virat Kohli’s eventful leadership career start here on Wednesday when his strategic acumen will be tested while selecting a perfect Indian combination to take on a good England side in the first Test of a five-match series. India have lost 11 out of 14 Tests across their last three tours of England. PTI