Balika Vadhu 2: New Anandi’s Story Will Be Based On Nooks & Corners Of Gujarat Where Girls Are Still Fighting Child Marriage 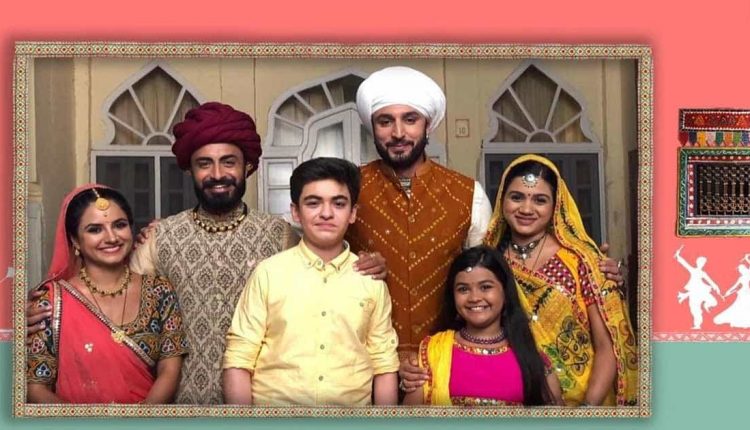 Balika Vadhu 2: New Anandi’s Story Will Be Based On Nooks & Corners Of Gujarat Where Girls Are Still Fighting Child Marriage, Read On (Photo Credit: Ians)

‘Balika Vadhu’, that addressed the subject of child marriage and became one of the most popular serials, is going to come up with its second season – ‘Balika Vadhu 2’.

The story revolves around Anandi and her fight for justice. Set in the rustic locales of the town of Devgarh, Gujarat, ‘Balika Vadhu 2’ traces the story of two friends, ‘Premji’ played by Sunny Pancholi and ‘Khimji’ depicted by Anshul Trivedi. Khimji’s wife gives birth to a girl, ‘Anandi’, while a little boy ‘Jigar’ (played by Vansh Sayani) is born to ‘Premji’. Later Anandi and Jigar are married to each other in a ‘Baal Vivah’.

Divyanka Tripathi Reacts To Trolls Targeting Her Over ‘Sarcastic Comments’ On Sourabh Raaj Jain: “There’s More To What You See On TV”

The show will start from August 9 on Colors. It will address the custom of child marriage albeit from a whole new perspective. The show will introduce the audience to a new Anandi and the challenges that she faces as a child bride. It is produced by Sunjoy Wadhwa and Comall Wadhwa.

Speaking about the show, producer Sunjoy Wadhwa, says: “We have always believed in the power of stories and the change that they can bring. The entire nation is a witness to how Balika Vadhu changed the perception of millions across the country and the face of Indian television. We still believe in the power of its concept as a section of our society affirms the custom of child marriage even today.”

Producer Comall Wadhwa adds: “This time through Balika Vadhu, we will take viewers to the nooks and corners of Gujarat to tell the story of ‘Nayi Anandi’. A lot of girls are still fighting this battle of being in a child marriage every day and our story and characters will be an inspiration to them.”

Actress Shreya Patel who is playing the role of Anandi shares how special this character is for the audience and she can relate with her onscreen image very well. Shreya says: “My family always told me about the special place the character of Anandi holds in the hearts of many Indians. I am extremely excited as well as a little nervous to play a character that left such an impact on everyone. My character of Anandi in many ways is like who I am, she is brave, happy and loves doing ‘garba’. I eagerly look forward to the new journey.”

The post Balika Vadhu 2: New Anandi’s Story Will Be Based On Nooks & Corners Of Gujarat Where Girls Are Still Fighting Child Marriage appeared first on Koimoi.

Congress to release charge sheet against AAP in Delhi