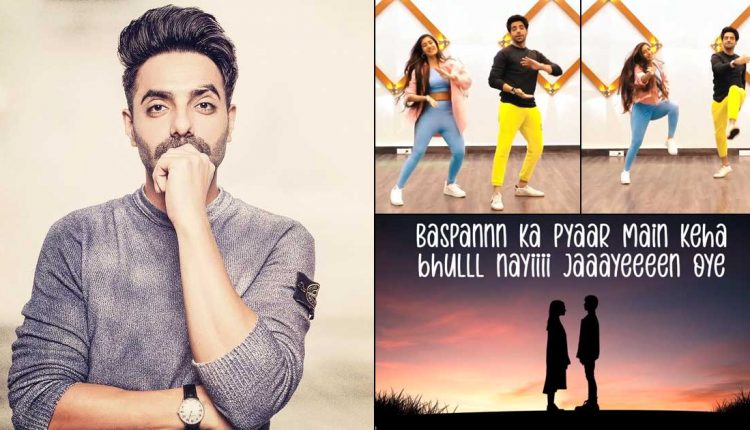 Aparshakti told IANS: “When I heard ‘Baspan Ka Pyaar‘ for the first time, it made me chuckle, but I was equally fascinated by it. That’s when I decided to make a rehash of the song that is now making our whole country groove to its tune.”

He released the full Punjabi version of the viral song on his Instagram page at the request of his followers. Aparshakti Khurana released three versions of the song with his own spin to the lyrics.

Talking about the three versions, Aparshakti Khurana told IANS: “First was the reel version. The second was the Bhangra version with Dhanashree and the latest is the full version of the song. All of them have been showered with love and compliments and I now feel I should move on and focus on ‘Adulthood Ka Pyaar’, which is to entertain people.”

The kid Sahdev has become quite popular with his video ‘Baspan Ka Pyaar‘. Aparshakti shared he isn’t sure if he is going to launch the kid, but would love to meet him. “Well, as of now we don’t know when that’s going to happen. But, I would surely like to meet Sahdev, the adorable kid who sang this song.”

Aparshakti sang his first song in 2016 ‘Ik Vaari’ and ‘Teri Yaari’ in 2020. He has played pivotal roles in films like ‘Dangal’, ‘Saat Uchakkey’, ‘Badrinath ki Dulhaniya’, ‘Pati, Patni Aur Woh’ and many more to his credit.

The actor was last seen in the film ‘Street Dancer 3D’ and the web series ‘Dhatt Teri ki’.

Must Read: Shah Rukh Khan Continues His History Of Not Working With Vidhu Vinod Chopra By Replacing Him In Rajkumar Hirani’s Next?