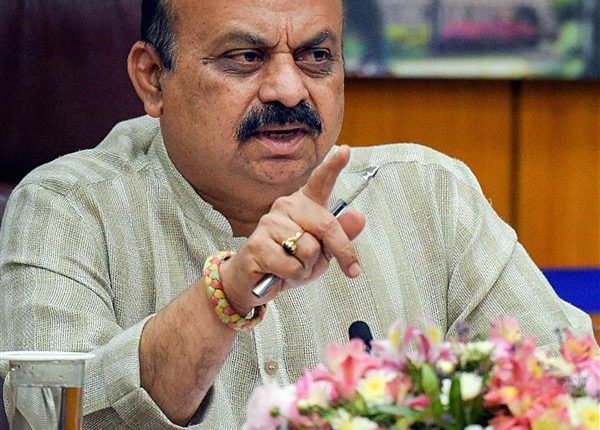 Karnataka Chief Minister Basavaraj Bommai on Wednesday said 29 ministers would be inducted into his new cabinet on Wednesday afternoon, and there would be no deputy chief ministers this time.

He said former chief minister BS Yediyurappa’s younger son and state BJP vice president BY Vijayendra is not among the ministers who would be sworn in.

“I have held detailed discussions with the high command in Delhi regarding the cabinet expansion, after the final round of discussion on Tuesday night; on Wednesday morning the list was finalised. I have sent the list to the governor and spoken to him,” Bommai said.

Speaking to reporters here, he said a total of 29 ministers would take oath, and in the previous cabinet led by BS Yediyurappa there were three deputy chief ministers, but this time there would be none as per the high command’s directions.

“The cabinet will be a mixture of both experience and new strength,” he said, adding that in the cabinet there would be seven OBCs, three SCs, one ST, seven Vokkaligas, eight Lingayats, one Reddy, and also a woman.

The new ministers will be administered oath of office and secrecy by Governor Thaawarchand Gehlot at the Raj Bhavan at 2.15 pm.

The list containing the names of the new ministers will be officially released by the Raj Bhavan, the Chief Minister said.

Noting that the list was prepared after rounds of discussion between him and the national president, and among the national leadership, the Chief Minister said, “There is no question of anyone’s pressure. It is after comprehensive thinking.”

On Vijayendra’s induction, he said the national president had spoken to Yediyurappa and the national general secretary in-charge of Karnataka Arun Singh spoke to Vijayendra personally.

“I can only say that Vijayendra’s name is not there in the list.”

Aimed at giving pro-people administration and to face the upcoming elections, this cabinet is being formed under the guidance of Prime Minister Narendra Modi, Union Home Minister Amit Shah, BJP president JP Nadda.

The new cabinet would respond to the needs of the people, earn their trust and give good governance, he said.

Noting that there was no confusion regarding the cabinet formation, the Chief Minister said the BJP is a national party with a strong leadership. PTI

Meghan Markle Made Her First Public Appearance of 2021, and She Went Trend-Free

One held for clash at Revanth Reddy’s residence

SCB merger plea will be taken up with CM: KTR

AP has no connection with heroin seized in Gujarat: DGP

Opinion: What is Quad aiming to do

Women in Kerala thrash YouTuber, throw black ink on him for…