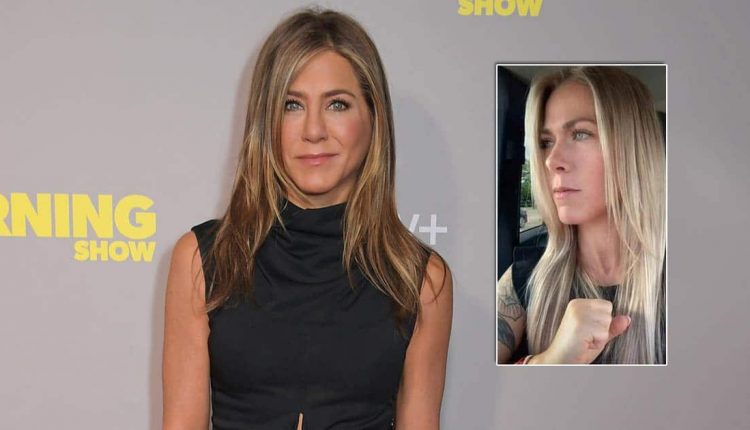 A while ago, Jennifer Aniston’s TikTok doppelgänger was making headlines and we aren’t kidding but she looked really similar to the actress. Now, in a new interview, the Friends actress has reacted to her doppelgänger’s videos and revealed that it freaked her out. Scroll below to read the scoop.

A TikTok star named Lisa Tranel was the one making headlines and called Jen’s doppelgänger. Her uncanny resemblance to the Friends star was grabbing the attention of netizens.

Talking about her doppelgänger with Instyle, Jennifer Aniston said, “A friend sent that to me — I watched it, and it freaked me out. She’s not exactly like me, but of all the people who have said, “I look just like you,” she was pretty close. Sometimes you say, “Thanks?” And other times it’s, “Wow, thank you.”

Brad Pitt Once Revealed His Favourite Place To Have S*x With Angelina Jolie & It’s Indeed A Turn On!

Meanwhile, the post that we are talking about had gone viral for the Tik Tok user’s resemblance with Jennifer Aniston. The post raked in nearly 350K views in just 48 hours as social media users flocked to the woman’s page to check out the A-lister’s doppelganger.

Lisa Tranel appears to be sitting in her car and lip-syncs a scene of Aniston’s popular show Friends. This is the same scene where her character Rachel Green chats with Courteney Cox‘s Monica Geller.

“I want to quit,” Rachel’s voice says. “But then I think I should stick it out. Then, I think why would such a person stay in such a demeaning job just because it’s remotely related to the field they are interested in.” Could you recollect the scene now?

We would love to see a collab soon between Jennifer Aniston and her TikTok doppelgänger Lisa Tranel. What are your thoughts on the Friends actress’ reaction to Tranel’s TikTok videos? Tell us in the comments below.

The post Jennifer Aniston Reacts To Her TikTok Doppelgänger & Says, “It Freaked Me Out, She’s Not Exactly Like Me” appeared first on Koimoi.

Second man charged in connection with fatal shooting of…