‘I cannot risk it’: Second female athletics star vows not to return to Belarus because she fears losing freedom and her life 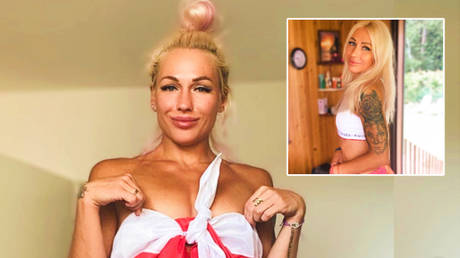 Former Belarusian Olympic heptathlete Yana Maksimava has offered her backing to asylum-seeking Kristina Timanovskaya, admitting that she would fear for her life in the country and explaining why she left her homeland for Germany.

2012 London Olympics competitor Maksimava said that she feels far safer in Germany than her nation of origin, revealing that she was not provided with a doctor when she needed expertise and was unneccessarily sent to a psychologist when her results slipped.

There are echoes of Timanovskaya’s purported experience in Maksimava’s account, with the 200m specialist claiming that she had a baffling exchange with a psychologist before the Belarus team in Tokyo seemingly attempted to pressure her to be repatriated.

Speaking to the Belarusian Sport Solidarity Foundation, which aims to help athletes who have been detained and faced repression over peaceful protests and has provided support to Timanovskaya since her abrupt exit from the Games, Maksimava explained: “After everything that has happened, I do not plan to return to Belarus. I have a little daughter, I cannot risk it.

“I am one of those people who cannot remain silent. When I lived and trained in Belarus, the whole situation did not let leave me. Throughout this time, risking everything, I continued to do something.”

Germany is a potential destination for Timanovskaya, although she is expected to seal a humanitarian visa in Poland imminently.

“In Germany now, I can breathe deeply and sleep well,” Maksimava said of her adopted country with husband Andrey Krauchanka.

“As for sports: all this time I have been progressing and, of course, I want to continue my sports career.

“I still believe in myself and really want someone to help me with my preparation, because in Belarus I didn’t have a doctor who could even advise me on how to recover or what vitamins to take, or a massage therapist.

“For 16 years I competed for the national team, which did not care for me. When my results dropped, I was sent to a psychologist, although I am a very strong athlete and all our management knows this, but no-one was able to help me reach the desired heights.”

The 32-year-old former junior and European Indoor Championships medalist posted a photo of herself and her daughter at a lake on social media and wrote: “Thinking and thinking for a long time, we decided not to return to Belarus.

“To our great regret, there you can now lose not only freedom, but also lose your life.

“Here there is an opportunity to breathe deeply and be one of those who are fighting for the freedom of their people, friends, relatives and friends. We will definitely win.

“I really hope that my sports career will continue and I will have the opportunity to train, perform and prepare for the next Olympic Games.”

Domestic handball coach Konstantin Yakovlev, who is said to have been arrested and detained after taking part in peaceful protests and commenting on the most recent presidential election in Belarus, has also left the country for Ukraine following the developments involving Timanovskaya, according to Nasha Niva.

‘I don’t think I can ever go back to Belarus’: Timanovskaya ‘was afraid for life’ but will continue career, targets 2024 Olympics

25 Cotton Thongs That Are Cool and Comfortable

As ‘Tika Utsav’ gets underway, Modi calls for optimum…